Huawei ‘too close’ to Chinese government to be trusted–US 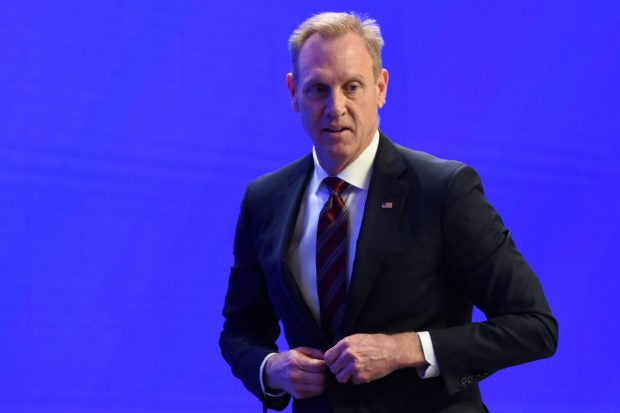 Acting US Secretary of Defense Patrick Shanahan walks to the rostrum to give a speech at the IISS Shangri-La Dialogue summit in Singapore on June 1, 2019. AFP

SINGAPORE — Telecommunications giant Huawei is “too close” to the Chinese government, making it difficult to trust the company at the heart of an escalating trade war between Washington and Beijing, the US defense chief said Saturday.

Acting Secretary of Defense Patrick Shanahan’s comments came amid a wave of controversy over the Chinese firm, which has been hit by allegations of espionage and faces a US ban.

“The integration of civilian businesses with the military is too close. China has national policies and laws where data is required to be shared,” Shanahan told a defense and security conference in Singapore.

“When I look at that situation, it’s too much risk… You can’t trust those networks are going to be protected.”

The US Commerce Department last month placed Huawei on an “entity list” on grounds of national security, a move that curbs its access to US-made components it needs for its equipment. A 90-day reprieve was later issued.

A number of countries have also blocked Huawei from working on their mobile networks and companies have stepped back from the firm following the US ban, citing legal requirements.

Concerns about Huawei have escalated as the company has risen to become the world leader in telecom networking equipment and one of the top smartphone manufacturers alongside Samsung and Apple.

The US has long voiced suspicions that Huawei is controlled by the Chinese government and thus a global security threat — charges strongly denied by the firm and Beijing.