Eating blueberries could be good for your heart 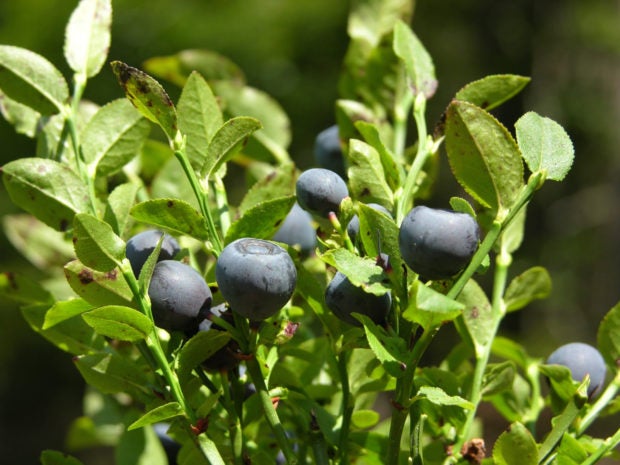 150 grams of blueberries a day has shown to sustainably improve vascular function and arterial stiffness. Image: lantapix via AFP Relaxnews

According to a new British study conducted at the University of East Anglia, eating 150 grams of blueberries a day could reduce the risk of developing heart disease.

The research, which received funding from the United States Highbush Blueberry Council and was published in the American Journal of Clinical Nutrition, sought to determine if eating blueberries had an effect on metabolic syndrome.

Metabolic syndrome is a set of metabolic problems that increase the risk of heart disease, manifesting most often as high blood pressure, high blood sugar, excess body fat around the waist, low levels of “good cholesterol” and high levels of triglycerides.

According to a statement by the researchers, “previous studies have indicated that people who regularly eat blueberries have a reduced risk of developing conditions including type 2 diabetes and cardiovascular disease. This may be because blueberries are high in naturally occurring compounds called anthocyanins, which are the flavonoids responsible for the red and blue color in fruits.”

Over the course of six months, the researchers studied the effects of eating blueberries every day in 138 overweight and obese sufferers of metabolic syndrome between the ages of 50 and 75.

The experiment compared the advantages of eating 150-gram portions of blueberries daily versus 75-gram portions. Participants ate freeze-dried blueberries while a placebo group was given a purple-colored alternative made from food coloring and artificial flavors.

“We found that eating one cup of blueberries per day resulted in sustained improvements in vascular function and arterial stiffness, making enough of a difference to reduce the risk of cardiovascular disease by between 12 and 15%,” noted by Dr. Peter Curtis, co-author of the study.

“Unexpectedly, we found no benefit of a smaller 75 gram (half cup) daily intake of blueberries in this at-risk group. It is possible that higher daily intakes may be needed for heart health benefits in obese, at-risk populations, compared with the general population,” he added. HM/JB

TOPICS: American Journal of Clinical Nutrition, blueberries, Diabetes, heart disease, Research
Read Next
Google’s activities under scrutiny by US, Europe regulators
EDITORS' PICK
Mandaluyong fire put under control hours after it started
Leveling up your ‘lutong bahay’ with the kitchen companion you never knew you needed
Bato de la Rosa, Risa Hontiveros back bill increasing female recruitment quota in PNP
Quarantine violations still punishable despite deleted provisions in ‘Bayanihan 2’ – Bato dela Rosa
Someone from the Philippines can become $356 Million richer this Tuesday
Cherry Mobile teams up with Cloud Panda PH, launches online store
MOST READ
‘If I had not been SolGen, I will make you eat your words,’ Calida tells Coco Martin
5 car dealership outlets shutting down
51 percent of German firms holding back investments in PH, but not because of COVID-19
Senate OKs bill authorizing president to postpone opening of classes beyond August
Don't miss out on the latest news and information.