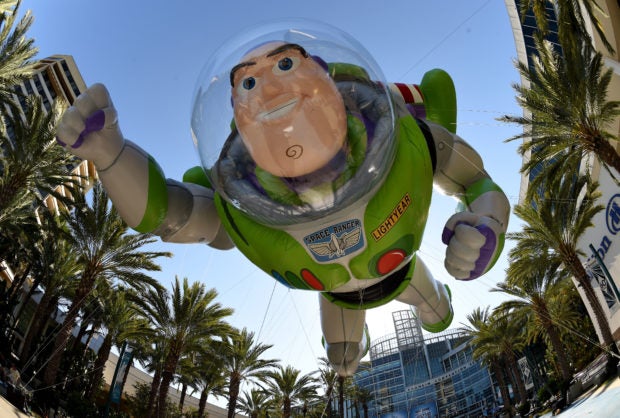 EMERYVILLE — Before it made “Toy Story” in 1995, the longest video Pixar had ever created lasted just five minutes. It didn’t have an art or a screenplay department, and had fewer than 20 people on its payroll.

A lot has changed in the past 24 years for what is now the world’s largest animation studio.

And the saga of the beloved toy gang led by Woody and Buzz Lightyear — the fourth installment of which is soon to hit screens around the globe — is the perfect guide to that transformation.

Today, Pixar has 1,247 employees, and with each new film it has modernized its RenderMan computer program, bringing its animated images closer and closer to real-life accuracy.

“Plastic was our friend — it was the only material our program handled well,” Bill Reeves, technology supervisor and Pixar employee since 1986, said at a presentation about the original movie at the studios in Emeryville, just outside San Francisco.

Production designer Bob Polly recalled at the event how in the first two installments of the saga, animating human characters was especially difficult.

“Over the years, we’ve improved. The tools are better and I think we’ve reached a point where they’re much more attractive and less strange,” said Polly, who began working at Pixar in 1993.

The clearest example is Andy, the toys’ young owner in the earlier films.

From the first movie to the third, the change in his animation is radical: the latest version of Andy has life-like hair and facial expressions, and much more realistic movement.

Bret Parker — who joined Pixar in 1996 and has worked on the animation of Woody, Buzz and many other characters over the four films — said she loves the early movies even if their graphics now look somewhat outdated.

“Sometimes I say to myself, ‘If only we had this technology that we have now, we would have made them richer, more complete,'” she told AFP.

Rain is another example — the fourth film opens in a storm that seems remarkably real, far from the rough renderings of a downpour in the first movie.

The idea of making a computer-animated feature film arose long before “Toy Story,” back in the early 1980s, when Pixar went from being Lucasfilm’s computer division to an independent studio.

The small team worked on the technology until 1991, with some short films and commercials in between, before they offered Disney a movie about toys.

READ: Disney Will Roll out Streaming Service Later This Year

“Part of the presentation was a demo with a ventriloquist doll and a space doll called Lunar Larry,” said Reeves. “They said ‘yes’, they agreed to finance the film, and we thought, ‘Now what do we do?'”

Those dolls — created by John Lasseter, who left Disney last year following allegations of sexual harassment — soon evolved into the Woody and Buzz we know today.

But the challenges of creating an 81-minute movie quickly piled up.

The team began to grow, but Reeves recalled how the animation program was “very primitive.”

Lighting, shadowing and rendering all had to be manually written in with a text-based program.

“There was no visual feedback on what we were doing — we were putting in commands and there was only waiting and praying,” he said.

For that reason, producer Jonas Rivera said he can understand why manufacturers like Mattel and Hasbro turned down the chance to have products such as Barbie and GI Joe feature in the first “Toy Story” — which turned out to be the blockbuster hit movie of 1995.

“We didn’t have the ability to show them what (the animated toys) would look like,” he said. “Now we can show sketches and the concept of art, but at that time, there was nothing to show.”

Arriving a quarter of a century, 20 films and numerous Oscars later, Pixar’s “Toy Story 4” boasts the most minute level of detail yet — down to the gravel on a driveway, or the soil in a park.

That takes years, especially with expansive scenes such as a carnival fair containing a huge Ferris wheel, or an antique shop with hundreds of objects.

Each “Toy Story” film has been more ambitious than the last, but with this final installment, the franchise will cease to provide a measure of Pixar’s technological evolution — the studio says it will not make any further sequels.