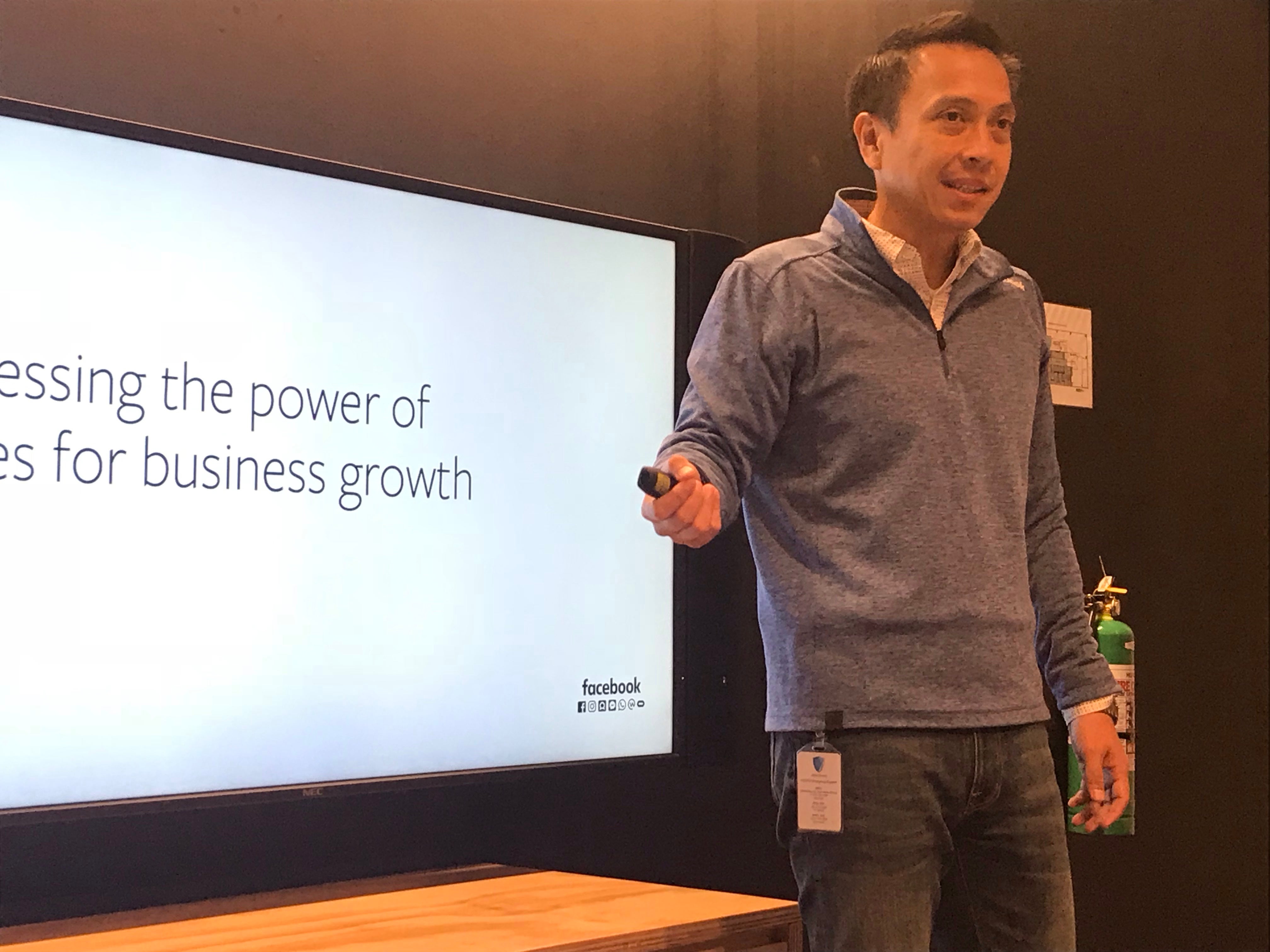 Facebook Philippines Country Director John Rubio explains how businesses can harness the power of Stories for growth during a press circle at Facebook’s home office in Taguig City on June 7, 2019. PHOTO by Christia Marie Ramos/INQUIRER.net

MANILA, Philippines — What was once used for sharing one’s fleeting life moments online has become a platform crucial to consumers and helpful for brands to get their message across.

Facebook Philippines Country Director John Rubio said, “stories give the people power to make the most of mobile to drive business results.”

“Stories (by Facebook) is emerging …it’s a platform that is as effective as Feed in delivering your message to your customers,” Rubio told reporters during a press circle at Facebook’s home office in Taguig City on Friday.

“When I say business growth, this is both for large corporations…but also interestingly… the platforms that we have, have equalized marketing or access to consumers, even the smallest businesses,” he added. “So the same tools available to the largest advertisers, it’s the same thing that is accessible to a small and medium-sized business.”

Facebook defined Stories as “photos and videos temporarily viewed or shared for 24 hours on social media.”

Rubio cited a survey commissioned by Facebook in August 2018 which showed that 60 percent of self-reported Stories users in the Philippines across Facebook owned-applications — Messenger, Instagram, WhatsApp — are interested in seeing Stories from brands that feel real.

“Most of the time people say: ‘I don’t like seeing ads.’ But actually, because of the way it’s built in into Stories, people look at it as just one form of content,” Rubio said.

“So if you’re on YouTube or Facebook Watch, you’re watching something and you’re fully engaged on it, and right before the punchline, guess what? The ad will pop out and you’re like ‘I’m gonna skip this (ad),'” he added.

Rubio noted that the way advertisements are integrated between users’ Stories is “very integral to the experience.”

“About 60 percent in the Philippines are interested in seeing stories from brands. The key is that they (brands) feel real,” he added.

Rubio noted that across the Asia-Pacific region, 71 percent of those who view or share Stories said they have become more interested in a brand or product after they saw it in Stories. This was according to another survey Facebook commissioned in August 2018.

Meanwhile, 61 percent of the 7,720 people surveyed said they have visited a brand’s website after they saw a product or service in Stories.

Thirty-one percent of the respondents said they messaged the business after they viewed its product in Stories.

“Because it’s so easy now to move from one platform to another, 31 percent message the business (to inquire), they start messaging businesses and they create the conversation,” Rubio said.

Moreover, 64 percent of the people surveyed said they are making more online purchases as a result of using or viewing Stories.

“So the whole experience is geared towards interaction. A very visual medium that’s aligned with how people consume and share today right down to within one flick of swiping up, getting more information and then being able to click through whether it’s to buy through an online site,” Rubio said.

Jump on the bandwagon

Rubio advised brands to consider using the said platform to boost their business.

“Stories will actually match and may exceed Feed,” he said, adding that Feed is a discovery platform for the Philippines.

“There’s this new format (Stories) which everyone is using a lot. And the younger you are, the more you use it. And if they’re not getting on that bandwagon, they’re going to be missing out,” he added.

Rubio also encouraged brands to be more creative with how they present their ads as Stories.

“They need to make it very creative. People like interacting with stuff that they feel real. So make it creative. Look at how a person’s story feel, there’s  a certain look and feel. Brands need to align with that,” he said. (Editor: Eden Estopace)