China may restrict tech access in spiraling US trade dispute 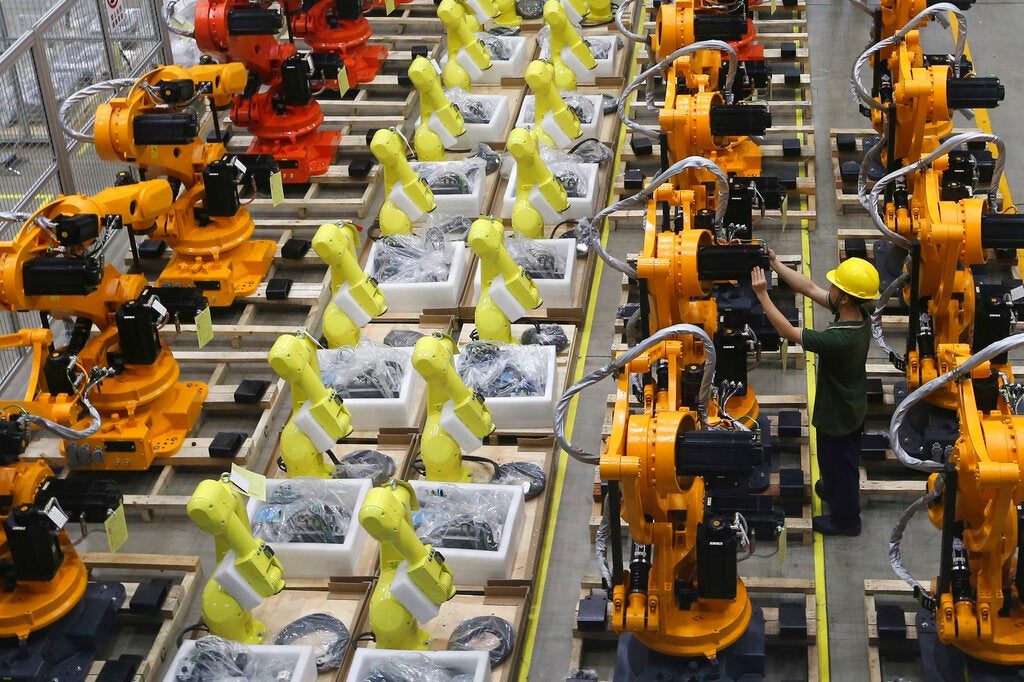 A worker checks on robot arms at a factory in Nanjing in east China’s Jiangsu province, Thursday, June 6, 2019. China’s Commerce Ministry will release a list of “unreliable” foreign companies in the near future, a spokesman said Thursday, without giving a specific date.  (Chinatopix via AP)

BEIJING  — China is creating a system to protect its technology, according to state media, as the U.S. restricts the access of Chinese companies to American technology in a spiraling trade dispute.

The People’s Daily newspaper said Sunday that the system will build a strong firewall to strengthen the nation’s ability to innovate and to accelerate the development of key technologies.

“China … will never allow certain countries to use China’s technology to contain China’s development and suppress Chinese enterprises,” the main paper of the ruling Communist Party said, without directly referring to the United States.

No details have been released about what China is calling a national technological security management list. The plan was announced Saturday evening in a brief three-paragraph dispatch by the official Xinhua News Agency.

The aim is to forestall and defuse national security risks more effectively, Xinhua said, adding that detailed measures would be unveiled in the near future.

The initiative follows U.S. moves to restrict sales to Huawei Technologies and other Chinese tech firms on national security grounds.

The U.S. Commerce Department last month added Huawei to its list of entities that are engaged in activities contrary to U.S. national security or foreign policy interests.

As such, any sale of U.S. technology to Huawei will require Commerce Department approval.

China responded by saying its Commerce Ministry would develop its own list of foreign entities that it regards as “unreliable.”

This weekend’s announcement of plans for a technological security management list is clearly related to the unreliable entities list, the state-owned Global Times newspaper said in an editorial posted online Sunday.

It said the act would provide a legal basis to manage technology exports and counter American supply cutoffs to some Chinese companies.

“Since 2018, the U.S. has repeatedly drawn on its domestic law to exert pressure on Chinese high-tech enterprises,” the English-language editorial read in part. “China’s countermeasures against the U.S. require more legal weapons.”

The two largest economies appear as far apart as ever in their dispute, though U.S. Treasury Secretary Steven Mnuchin said he held a constructive meeting Sunday with the head of China’s central bank.

In a Twitter post, Mnuchin said he and Yi Gang, governor of the People’s Bank of China, had a “candid” discussion about trade issues. The post showed the two shaking hands and smiling.

They met on the sidelines of the G-20 finance meeting in Fukuoka, Japan.

Mnuchin earlier urged China to rejoin talks on the dispute that have stalled after 11 rounds of negotiations. He said no talks were scheduled, however, and that major progress on the stalemate would likely have to wait for a meeting of Presidents Donald Trump and Xi Jinping later this month.