Carried out by researchers at the Friedman School of Nutrition Science and Policy at Tufts University, the new study looked at 2010 data collected from 266 surveys which included 1,630,069 individuals from 113 of 187 countries, representing 82% of the world’s population. 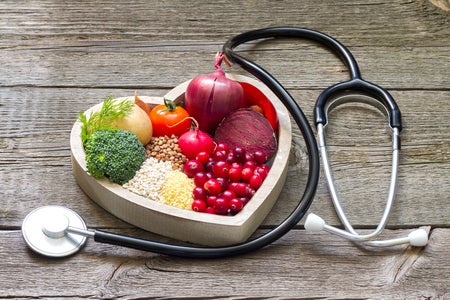 The countries where low fruit and vegetable intake appeared to have the biggest impact were in South Asia, East Asia and Sub-Saharan Africa, which had low fruit intake and also high rates of associated stroke deaths.

In the United States, the team estimated that not eating enough vegetables could contribute to 82,000 cardiovascular deaths while low fruit intake may account for 57,000 deaths.

Low fruit and vegetable intake also appeared to have the biggest effect on cardiovascular disease deaths among younger adults and also among men, which the team say may be due to the fact that women tend to eat more fruits and vegetables.

“Fruits and vegetables are a modifiable component of diet that can impact preventable deaths globally,” said lead study author Victoria Miller. “Our findings indicate the need for population-based efforts to increase fruit and vegetable consumption throughout the world.” RGA/JB

Eating nuts linked to improved heart health for those with diabetes