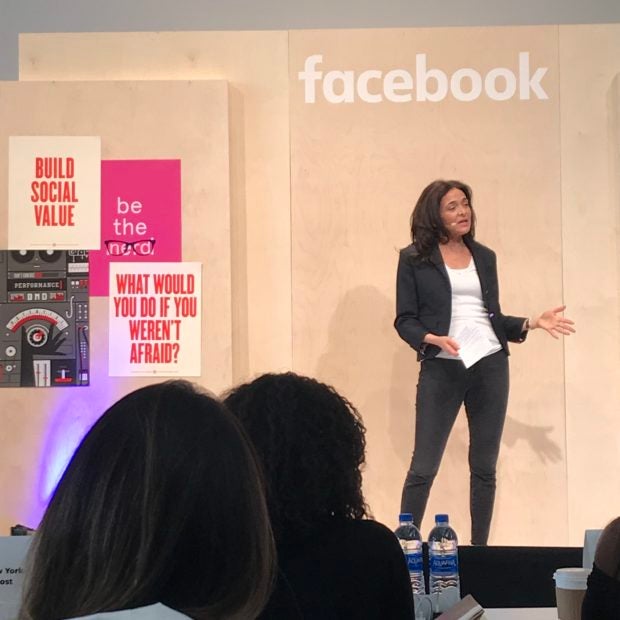 MENLO PARK, California — Boasting how things have changed around Facebook as a company, Sheryl Sandberg, its chief operating operating officer, announced that the social media giant will come out with transparency reports every quarter starting next year from currently doing it biannually.

“We will put it out just like earnings with a press call because we think the content on our site is just as important as anything we could do to earn money or create growth,” Sandberg told journalists from over 30 countries at the Facebook Headquarters in Menlo Park, California on Wednesday.

Sandberg said that with a community of 2.7 billion people, Facebook sees some of the “very, very worst of humanity” along with all the good that comes with it.

“What we are focused on right now is making sure we are running our company differently so we do everything we can to prevent the bad but that we are really allowing the good to continue,” Sandberg said.

READ: Facebook rolls out Blood Donations feature in US

“We are making massive investments to the tune of billions of dollars in safety and security. We are working very closely with governments around the world to do things like protect elections. We are working really hard with our internal teams, product teams, and other companies to find bad actors and take them down,” she added.

Admitting that they cannot get rid of all the bad actors on Facebook, Sandberg said that they are making progress, especially with the effort to come out with transparency reports more frequently.

Asked about a recent critical New York Times opinion piece by Facebook co-founder Chris Hughes, calling for the tech giant to be broken up, Sandberg dismissed it by saying that: “People have to pay attention to how much consumer choice there is.”

“You know anti-trust, which is what Chris (Hughes) is talking about, is really about consumer protection and making sure that consumers have a choice. If you look at our products and if you look at what we do, it is just pretty clear that there is a lot of choice,” Sandberg said.

Facebook co-founder wants social media giant to be broken up