The selection of creatures contained within November 2019’s “Pokémon Sword” and “Pokémon Shield” pairing will be a little different from previous editions.

As the Pokémon franchise now contains so many creatures to collect and improve, November 2019’s “Pokémon Sword” and “Pokémon Shield” pairing will not contain each and every legacy Pokémon, as before. 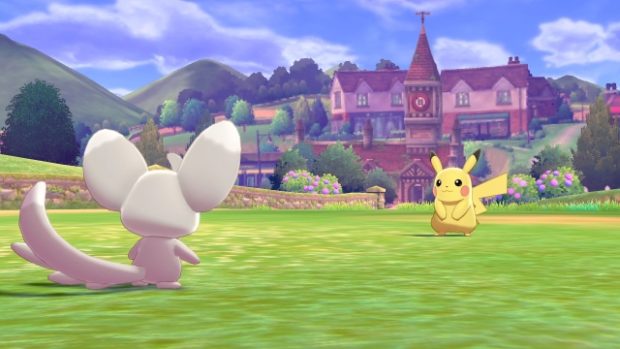 Image: Courtesy of The Pokémon Company via AFP Relaxnews

Instead, official online data service Pokémon Home will act as an intermediary.

With the Pokémon bestiary to number over 1,000 creatures after “Pokémon Sword” and “Pokémon Shield” release, franchise developer Game Freak is opting to limit the number of Pokémon available in these and future games.

As well as providing better graphics, Game Freak also has to contend with balancing the now thousand-strong Pokémon family so that each miniature beast has a place within its pantheon of strengths and weaknesses, especially after the introduction of Mega Evolutions and Dynamax battles.

Following a new showing for “Pokémon Sword and Shield” during the Electronic Entertainment Expo, studio leads Junichi Masuda and Shigeru Ohmori told Japanese games news outlet Famitsu (through SiliconEra) that they plan for cloud-saving service Pokémon Home to act as a bridge between legacy Pokémon and newer games.

With an early 2020 release anticipated, Pokémon Home accepts Pokémon from (but not back to) 2018’s entry-level Nintendo Switch games “Pokémon: Let’s Go, Pikachu!” and “Pokémon: Let’s Go, Eevee!” as well as mobile hit “Pokémon GO”; only “Pokémon Sword and Shield” will allow transfers both ways.

Where there is no space for some of those Pokémon within “Sword and Shield”, Game Freak still plans to make room for them in future franchise entries.

With each pair of “Pokémon” entries taking place in a different fictional region, legacy Pokémon not included in a game might tell players that “this region is cold, so I’ll be staying at home,” Masuda suggested. RGA/NVG