Changes to lobster fishery to help whales might arrive 2021 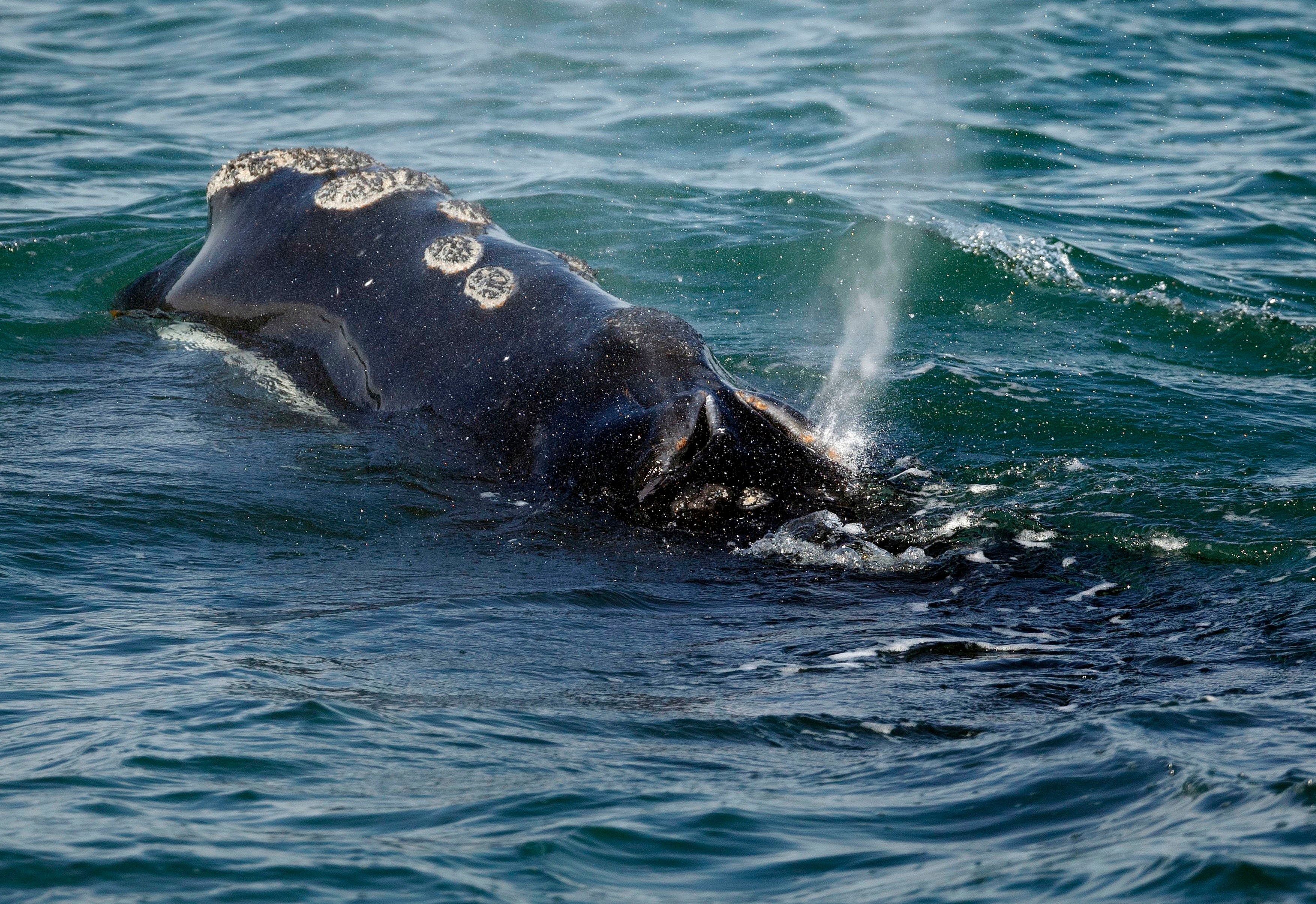 In this March 28, 2018 file photo, a North Atlantic right whale feeds on the surface of Cape Cod bay off the coast of Plymouth, Mass. On Thursday, June 27, 2019, Maine lobstermen are scheduled to have their final meeting with state officials about new protections for right whales. (AP Photo/Michael Dwyer, File)

FREEPORT, Maine — Changes to the Maine lobster fishery designed to help a critically endangered species of whale might arrive in 2021 after a lengthy rule-making process.

A team assembled by the federal government has called for the removal of half the vertical trap lines from the Gulf of Maine to reduce risk to North Atlantic right whales. The Maine Department of Marine Resources has been meeting with lobstermen around the state to begin the process of crafting rules to achieve that goal.

The state held the last of several meetings with lobstermen about the new rules on Thursday in Freeport. Hundreds of members of the state’s lifeblood industry have attended the meetings.

Maine hopes to present a plan to the federal government by September, department spokesman Jeff Nichols said before the meeting. The industry is getting ready to grapple with the task of getting so much gear out of the water, said Patrice McCarron, executive director of the Maine Lobstermen’s Association.

“There’s definitely concern among lobstermen because they will be changing how they fish,” she said. “It’s not a simple task, but once guys are thinking it through and making changes, there seems to be viable strategies for each person.”

The U.S. lobstering industry, based mostly in Maine, has coexisted for centuries with right whales, which were driven close to extinction during the commercial whaling era.

The last count of right whales ended with a best estimate of 411 animals in 2017, and signs are troubling. The species has been hampered by low reproductive rates in recent years, and five of them have been found dead in Canadian waters so far in 2019. Scientists have said the whales are vulnerable to entanglement in fishing gear, as well as other threats such as ship strikes.

Conservationists have been keeping a close eye on the process to better protect whales. Waiting until 2021 to implement rules could be too long for a species that is declining in population, said Erica Fuller, an attorney with Conservation Law Foundation.

“We’re dealing with a crisis right now, and we need to treat it like one,” Fuller said.

Maine’s lobster fishery has had several strong years this decade, but the new push to protect whales is one of multiple stressors it is contending with. The fishery is also dealing with concerns about a lack of bait. Despite the challenges, the seafood has remained readily available to consumers, and prices have been competitive in retail markets.

The state plans to hold more meetings with members of the fishery in August. Public hearings will likely be held after the state sends its plan to reduce trap lines to the state in September. /kga