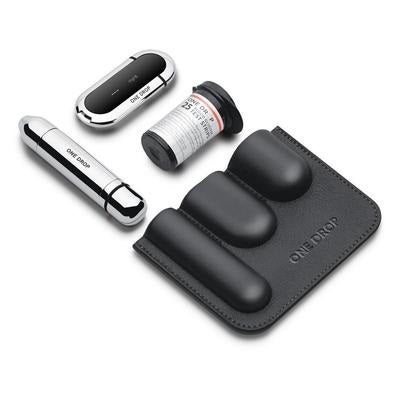 Select Apple retail locations have begun selling One Drop blood glucose monitors according to a report, the tool works with the company’s Health app to help diabetic people track their blood sugar levels.

Though Apple has previously sold One Drop-brand products through its online store, CNBC reported last Thursday, July 27, that these blood glucose monitors are now available in select retail locations. Currently, it is the only diabetes-related item available for purchase at the physical stores and online.

These “aesthetically designed” monitors have complementary iOS and Watch OS applications for tracking blood data that integrate with Apple’s own Health app. Because of their chic and electronic design, the One Drop monitors are expected to “fit right in on Apple store shelves next to the phones, drones and other gadgets sold at the Apple store.”

The availability of such a product demonstrates the company’s increasing commitment to the development of health-oriented technology. In addition to integrating third-party medical tools with the Health app, Apple has been creating its own medical hardware, as well.

CEO Tim Cook has been seen “testing a continuous glucose monitor,” even though he does not have diabetes. One Drop, on the other hand, makes measurements based on individual pricks.