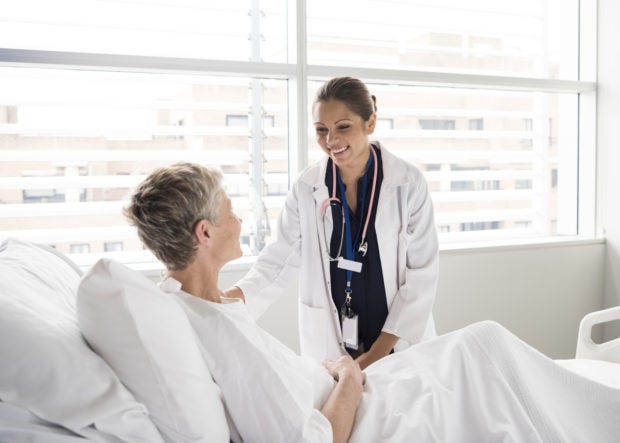 Music medicine could be an effective way of calming the nerves before an operation. Image: iStock/JohnnyGreig via AFP Relaxnews

New American research has found that music may calm the nerves before the use of regional anesthesia just as effectively as medication.

Carried out by researchers at the University of Pennsylvania, the new study looked at whether listening to calming music could be as effective for reducing anxiety as midazolam, the sedative drug commonly used before regional anaesthesia (peripheral nerve block), a type of anaesthetic procedure done under ultrasound guidance and used to numb a specific region of the body.

The study included 157 participants, 80 of whom were randomly assigned to receive 1 to 2 milligrams of midazolam, injected three minutes before the use of a peripheral nerve block. The remaining 77 listened to Marconi Union’s “Weightless” series of music via noise-canceling headphones for three minutes, a track which is considered to be one of the most relaxing in the world.

The patients’ levels of anxiety were scored before and after the use of each anxiety calming method.

The researchers also measured satisfaction among both patients and doctors using a 10-point scale, with 0 reflecting the lowest level of satisfaction.

The findings, published online in the journal Regional Anesthesia & Pain Medicine, showed that listening to the music appeared to have a similar effect as midazolam in reducing anxiety before regional anesthesia.

However, the patients who listened to music were less satisfied than those given midazolam, which the researchers say could be due to patients not being given a choice of music.

There was no difference in satisfaction levels among doctors, although both patients and doctors reported that it was harder to communicate when music was used as the calming method, possibly because of the noise-canceling headphones and the volume of the music.

Although previous studies have already shown that music medicine is effective in significantly decreasing preoperative anxiety until now it has not been directly compared with intravenous midazolam.

Music medicine is an intervention that is also virtually harm-free and relatively inexpensive, whereas drugs such as midazolam can have side effects, including affecting breathing, disturbing blood flow and actually increasing levels of agitation and hostility.

Although comparing the two interventions for just three minutes may have been too short and more research is needed, the researchers still conclude that music could be an effective alternative to midazolam for calming anxiety before the use of regional anesthesia.

The researchers cautioned, “However, further studies are warranted to evaluate whether or not the type of music, as well as how it is delivered, offers advantages over midazolam that outweigh the increase in communication barriers.” HM/JB