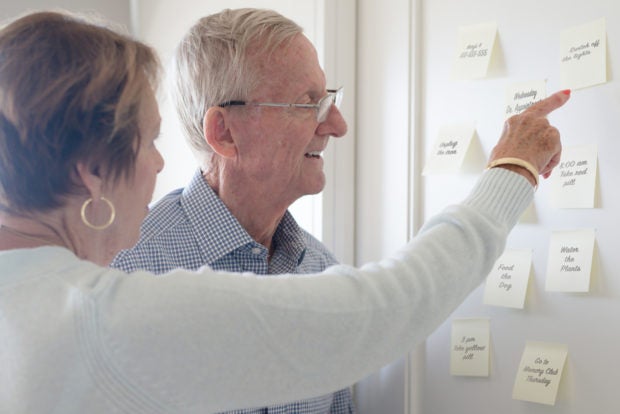 A study has demonstrated that almost half of Alzheimer’s patients (45%) were suffering from apathy and that the symptom has persisted through the years for over 20% among them. Image: iStock/MonicaNinker via AFP Relaxnews

British researchers have established a correlation with apathy and Alzheimer’s disease, a distinct symptom that has historically been confused with depression.

Loss of memory is one of the symptoms most associated with Alzheimer’s, which makes sense considering that the neurodegenerative disorder, which gradually destroys neurons, first attacks the hippocampus, an area of the brain that plays a crucial role in the management of memories.

But Alzheimer’s and other forms of dementia can also affect a patient’s ability to feel and express emotions. This loss of emotional capacity is known to the medical world as apathy, and while common, apathy is hard to detect, as it is more subtle than other symptoms and often confused with depression.

However, the symptom presents “its own unique clinical and biological profile,” as pointed out by a new study conducted at the University of Exeter, and presented during the last Alzheimer’s Association International Conference in Los Angeles. The study analyzed data from 4,320 Alzheimer’s patients from 20 cohort studies, in order to “look at the prevalence of apathy over time.”

The study has demonstrated that almost half of the patients (45%) were suffering from apathy and that the symptom has persisted through the years for over 20% of them.

“Apathy is the forgotten symptom of dementia, yet it can have devastating consequences. Our research shows just how common apathy is in people with dementia, and we now need to understand it better so we can find effective new treatments,” explained Prof. Clive Ballard of the University of Exeter Medical School.

Data from other studies have suggested that 60% of Alzheimer’s patients could suffer from apathy. HM/JB