Amazon accidentally sold over P1.1 million worth of camera gear for only P50,000

Photography enthusiasts were treated to huge price drops when Amazon’s system seemed to have suffered a glitch last Monday and Tuesday, July 15 and 16. 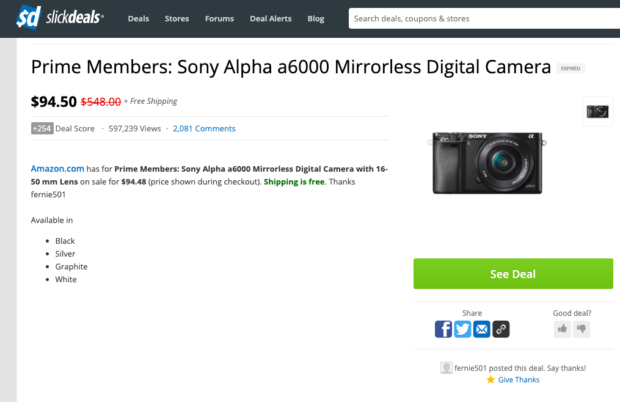 Taking advantage of the opportunity, the user bought other items being sold for the same price, as part of Amazon’s Prime Day deals.

Meanwhile, a certain user, Genius4show was slightly skeptical about the deals, saying, “Well, if this ships, this is the best deal of the year.”

Netizens on Reddit also discussed the glitch. One with the handle, A_girl_has_n0name stated that the system error lasted for around 30 minutes.

The thread on Slickdeals was viewed almost half a million times and received over 1,300 comments before the deals were marked as expired, as per report. Ryan Arcadio/JB