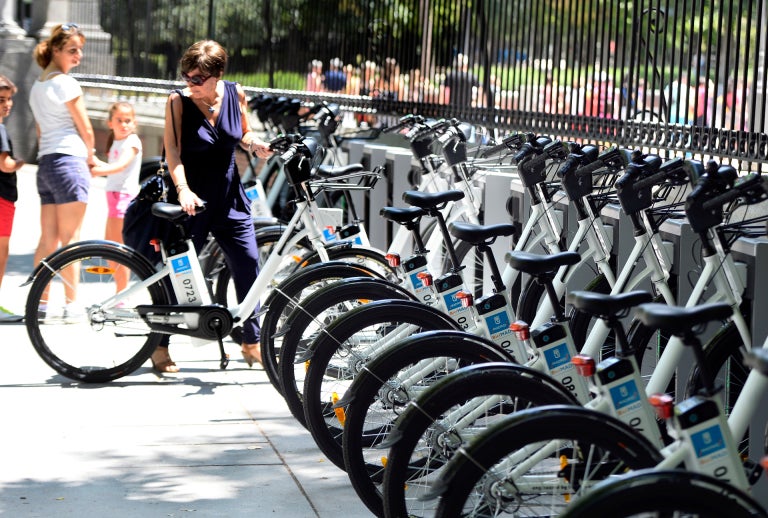 A woman takes an electric bicycle from a bike-sharing station in Madrid on June 23, 2014. Madrid today inaugurates its bicycle rental service for the public. It follows the lead of similar schemes in the cities of Paris, Barcelona and Mexico but with the novel addition of an electic motor. Image: AFP/Gerard Julien

Google has launched a feature on Google Maps that allows users to locate bikeshare stations in cities and look up the number of bikes available in real-time, in two dozen cities around the world.

After piloting the program in New York City over the last year, Google has expanded its real-time bikeshare information service to 24 cities in 16 countries across Europe, North America and Asia.

From New Taipei City to Toronto, bikers can now use Google Maps to locate their nearest bikeshare station, and look up where to park their bike after completing their commute.

Data is updated in real-time, so that users can also see the number of bikes that are actually available when needed.

The new service is in partnership with Ito World and involves incorporating global bikeshare data feed directly into Google Maps.

More cities will be added in the future. JB

‘Sorry you rode into me’: Driver issues ‘non-apology apology’ to boy he hit in car-bike accident