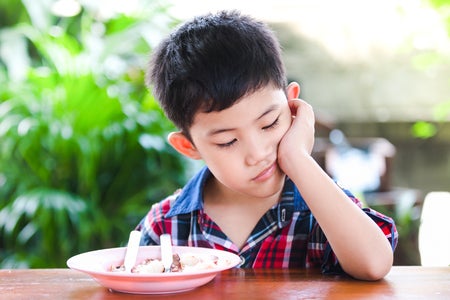 Candy bars, chips, cookies — the spectrum of foods considered to be “snacks” is very wide. A study recently published in the International Journal of Obesity involving 1,299 children aged between 11 to 12 years and 1,274 parents showed that having greater choice makes snacking more difficult to resist.

Carried out by researchers at the Murdoch Children’s Research Institute in Melbourne, Australia, the study aimed to determine the contexts in which children and parents were most likely to eat this type of food. Dr. Jessica Karr, who led the research, felt that previous studies into snacking behavior were limited by self-reported data or small sample sizes.

“It is important to determine on a larger scale how dishware size and the quantity, variety and energy density of snacks affect both child and adult snacking behavior when apart from each other outside of the family environment,” she said.

The adult and child volunteers underwent several health exams at the Murdoch Children’s Research Institute and took 15-minute breaks during which they were presented with boxes filled with snacks such as crackers, cheese, granola bars, cookies, peaches and chocolate.

The quantity, number and variety of snacks on offer and the size of their containers varied by participant. Children and parents ate separately and at different moments. The researchers then kept the food left in each box and calculated the amount of food that had been consumed in grams and kilojoules (a measure of energy).

The experiment showed that the children who had been offered the greatest variety and quantity of snack food subsequently consumed more food both in terms of calorie richness and overall mass. The size of the containers the food was presented in, on the other hand, had very little effect on what and how much was consumed. The difference was a lot less significant in the adults, although Dr. Kerr noted that they may have been influenced by knowing that their choices were being watched.

The authors of the study conclude that reducing the number and variety of snacks offered could prove to be more effective to encourage healthier snacking rather than reducing container size, although further research is necessary to validate the theory. JB