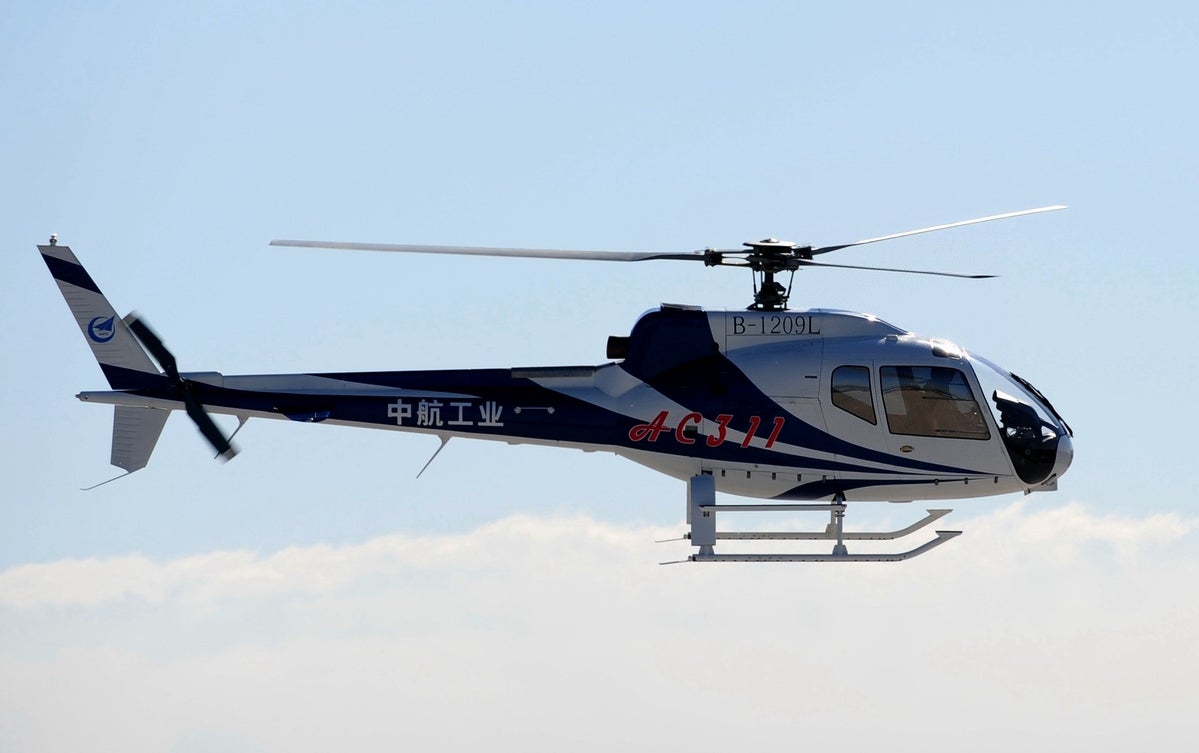 An AC311 helicopter will serve as a platform for research into electric helicopters. [Photo/Xinhua]

BEIJING — Chinese designers have begun preliminary research into developing an electric helicopter and are working toward building a prototype for demonstration purposes, according to a key figure in the program.

Deng Jinghui, chief designer at the China Helicopter Research and Development Institute in Jingdezhen, Jiangxi province, said researchers and engineers have carried out trial demonstrations of an electric tail rotor. They are making preparations for the device to be used on a 2-metric ton conventional helicopter during preliminary test flights, Deng said.

Engineers will remove the aircraft’s original tail rotor and related transmission apparatus and then install an electric tail rotor that generates thrust independently rather than relying on traditional engines, he added.

“Replacing a conventional tail rotor with an electric version is our first step in exploring and verifying the technical feasibility of an all-electric helicopter,” Deng explained.

He said engineers plan to spend about two years to test how the electric tail rotor will perform. If everything goes according to plan, they will replace the same helicopter’s main engine and the conventional main rotor with an electric generator, an electric motor and an electrically propelled main rotor for further tests.

Within the coming decade, the Chinese aviation engineers will strive to build an all-electric helicopter. The keys to this goal are stronger motors and longer-lasting batteries, which will take the place of engines and electric generators.

The biggest advantage of an electric helicopter, Deng said, is that it will not need transmissions－not only one of the essential parts but also one of the most sophisticated components in conventional helicopters.

“The removal of transmissions and the use of electric motors will help to reduce a helicopter’s weight, streamline its structure, make control easier and also improve reliability,” he said.

According to media reports, the first manned electric helicopter was the Solution F/Chretien Helicopter, developed and built by Pascal Chretien, a French-Australian helicopter pilot and engineer, for technology demonstration purposes. The aircraft made its maiden flight in August 2011 in France.

Since then, a handful of electric helicopter prototypes have conducted test flights but none of them have entered mass production.

He said the future of electric helicopters depends on whether engineers can develop and make high-performance power systems.