SAN FRANCISCO – Ubisoft on Monday revealed that the next installment to its blockbuster “Assassin’s Creed” videogame franchise will be set in the US colonies during the American Revolution. 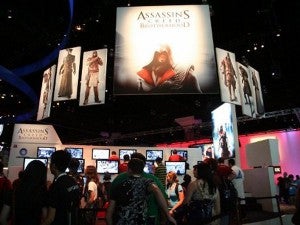 “Assassin’s Creed III” will be released on October 30 and star a new hero in a series of games that moves from one generation to another as players follow the ancestry of a fictional assassin to solve a perilous modern-day mystery.

“Assassin’s Creed III features the franchise’s most expansive setting so far, along with an exciting new hero and exponentially more gameplay,” he added.

The videogame was developed over years by Ubisoft Montreal and six of the France-based company’s other studios.

Versions of the title have been tailored for play on Xbox 360 and PlayStation 3 consoles as well as on computers powered by Windows software. The title was priced at $60.

Ubisoft said it was working on a version of the game for Nintendo Wii consoles.