SAN FRANCISCO – Apple is expected to reveal a new version of its coveted iPad on Wednesday in its first major media event since the death of legendary founder and beloved pitchman Steve Jobs. 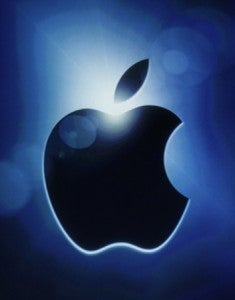 In typical Apple style, the California-based company has offered the scantest of hints as to what it will unveil on the stage of the Yerba Buena Center for the Arts in San Francisco, igniting a wildfire of rumor in the online technology world.

A picture on press invitations, and Apple’s usual product cycle, made it a virtually sure bet that the star of the event will be a third-generation model of its market-ruling iPad tablet computer.

Speculation is that the “iPad 3′ will feature a higher resolution display closer to the quality of Apple’s popular iPhone 4S; a faster processor, and perhaps an improved camera.

Rumors have also been circulating that Apple might make its Siri artificial intelligence assistant software available on the iPad. Siri has been a hit on the iPhone 4S.

Apple may introduce a version of the iPad with a smaller screen and lower price to fend off competition from Amazon’s Kindle Fire and the Nook from book-seller Barnes & Noble, according to independent Silicon Valley analyst Rod Enderle.

An Apple TV announcement could also be in store, given that it has been a while since the company has upgraded its offering in an Internet television market being heated up by offerings from Google and makers of major videogame consoles.

While much of the world will be mesmerized by slick gadgets unveiled by Apple, Gartenberg will be paying close attention to software and services integrated to make devices “stand out from the crowd.”

People’s devotion to gadgets is tied more to fun or useful ways they can be used than to the slickness of the hardware, according to analysts.

“There are great Android tablets on the market from a hardware perspective but they don’t sell worth a damn because they don’t have the ecosystem that Apple has,” Gartner analyst Van Baker said, referring to the cornucopia of applications, services and content such as music and films available for Apple gadgets.

“Apple is in such good shape already in the tablet space that they don’t need to do anything Earth-shattering to maintain momentum.”

Baker said he will keenly watch how well Apple’s new chief executive Tim Cook performs in the on-stage shoes of Jobs, who was a wizard at getting people to see the company’s innovations as magical.

“This event is going to give insight into how Tim is at doing what Steve did so well.”

Cook is a proven master at managing Apple’s supply chain, but has a more reserved style than Jobs.

The Apple co-founder and mind behind the wildly popular iPod, iPad and iPhone devices died in October after battling pancreatic cancer.

“Apple is still operating under the false assumption that they don’t need to backfill Steve,” Enderle said. “He had an ability to let people see the magic, and they have lost that.”

In the meantime, Enderle expects Apple to sell every iPad they build and for the habit of hordes rushing out to buy the company’s new gadgets to linger.
Another Apple executive, perhaps iPhone software senior vice president Scott Forstall or product design senior vice president Jonathan Ive, could yet step up as a charismatic company frontman, according to analysts.

“Does the company still need someone at the helm to get people excited about things that aren’t that exciting?” Baker asked rhetorically. “Yes, they do.

“I am going to be looking for that sizzle, that magic — is it there and who is doing it.”