How waterproof is your smartphone? 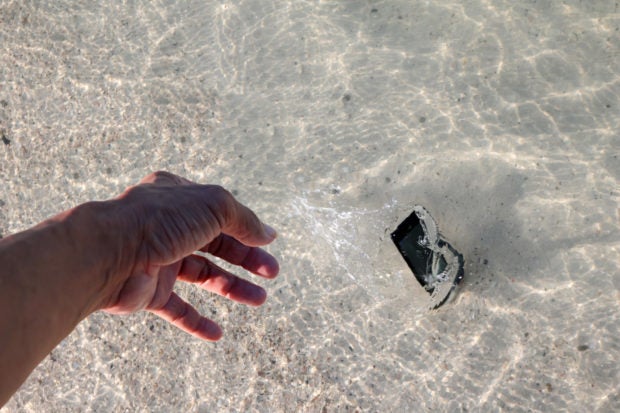 How water-resistant is your phone? Image: iStock/NeagoneFo via AFP Relaxnews

As people everywhere try to beat the heat this summer by going to the beach or taking a dip in the pool, smartphones have inevitably fallen victim to drops in the water. Would your phone survive?

The answer depends on which International Protection (IP) rating they have, this designation represents how dust and water-resistant a device is. Below you will find out how some of the most popularly used devices in 2019 (according to the up-to-date device repository DeviceAtlas) stand up to an accidental swim.

iPhone X and XR series – IP67 rating: Both the iPhone X and XR models are splash- and water-resistant and can survive in depths up to 1 meter deep for 30 minutes. With either of these models, a drop in the water will not hurt your phone.

iPhone SE – no rating: While Apple has not publicly disclosed the iPhone SE’s waterproof rating, iFixit discovered that the internal components are protected by foam silicon seals to keep water out. Tests conducted by numerous SE owners have demonstrated that the model can survive being submerged under a few inches of water for up to an hour.

iPhone 7 and 8 series – IP67 rating: Apple confirmed that the iPhone 7 and iPhone 8 have the same waterproof rating as the X and XR models meaning that it can survive 1 meter underwater for 30 minutes.

As a rule of thumb based on these specifications, owners of Galaxy devices can be more careless with their smartphones than iPhone users.

It is important to know that IP ratings are given based on a phone’s resistance to freshwater. While these measurements offer users a good estimate for how waterproof their device is, the presence of chemicals or minerals in the water a phone falls in will affect its level of resistance. HM/RGA