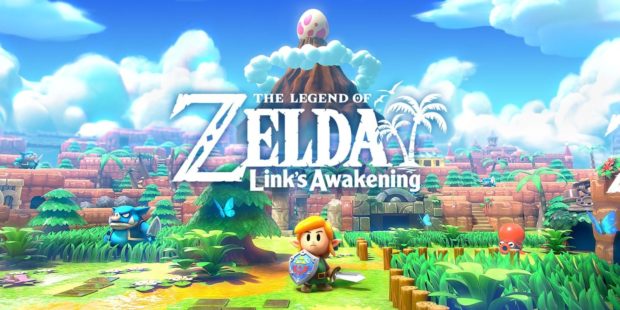 “The Legend of Zelda: Link’s Awakening” will be released on the same day as the new, more affordable, portable-only Nintendo Switch Lite. Image: Nintendo via AFP Relaxnews

Soccer games “FIFA 20” and “eFootball PES 2020” will be released two weeks apart, epic loot-based shooters “Borderlands 3” and “Destiny 2: Shadowkeep” (plus the free “Destiny 2: New Light”) are separated by a mere four days, “Gears 5” gets the jump in reinventing the “Gears of War” series and “The Legend of Zelda: Link’s Awakening” brings a franchise stand-out to the Switch generation just as the more affordable Switch Lite launches.

eFootball Pro Evolution Soccer 2020
From Sept. 10 on PlayStation 4, Xbox One and Windows PC

Renamed in a way that squeezes the words “football” and “soccer” into the same title for its international audience, “PES 2020” improves dribbling, ball control, realism in defense, team artificial intelligence and special skills and abilities, while an overhauled Master League now includes real-world managerial legends and incorporates interactiv dialogue (a nod, perhaps, to “FIFA” mode The Journey). It is also challenging FIFA for licensing rights, via official partnerships with Barcelona, Manchester United, Bayern Munich and Juventus.

Gears 5
From Sept. 10 for Xbox One and Windows PC

The “Gears of War” franchise shortens its name while retaining the cover-based, close-quarters combat that made it so distinctive. This time out, there will be weekly challenges and seasonal content, free updates, a new Arcade multiplayer and pressure-based Escape mode to balance out the difficulty of Escalation mode. Another Xbox brand exclusive included as part of an Xbox Game Pass subscription.

Borderlands 3
From Sept. 13 on PlayStation 4, Xbox One and Windows PC

Four new Vault Hunters join up with surviving heroes from the previous games to take on a new threat, the cult-leading, online streaming influencer twins Troy and Tyreen, across several planets. The franchise finds another way to reinvent itself while keeping a legacy of chaotic action, a powerful procedurally-generated arsenal, wild character abilities, and off-the-wall dialogue.

Destiny 2: New Light and Destiny 2: Shadowkeep
From Sept. 17 on PlayStation 4, Xbox One and Windows PC (Google Stadia from November)

Taking “Destiny 2” into its third year of content (and not requiring the original game to play), Shadowkeep sets its sights back on the original “Destiny” Moon. That means new missions and quests, another super-tough raid challenge, new top-tier weapons and overhauls for its armor, artifact and versus multiplayer systems. Meanwhile, “Destiny 2” and its Year One content go free-to-play under the New Light banner. A major opportunity for franchise studio Bungie to impose itself after going independent.

The Legend of Zelda: Link’s Awakening
From Sept. 20 for the Nintendo Switch

Nintendo has made a success out of updating its classic Zelda games and this one, first released and widely praised in 1993 on Game Boy, adopts a charming soft-clay visual style as part of its remaster. There is also a new dungeon creation tool whereby players can create and share their own underground levels. Launches the same day as the Switch Lite console revision.

FIFA 20
From Sept. 27 for PlayStation 4, Xbox One, Windows PC, with a legacy edition for Switch

As well as squad, player, and kit updates, visual tweaks and attack and defense adjustments, “FIFA 20” brings back the trick-laden, small team style of the “FIFA Street” subseries (2005, 2006, 2008, 2012) in the form of a Volta Football mode, as well as official licensing for the Champions League, UEFA League, and the English, German and Spanish top tiers. HM/JB