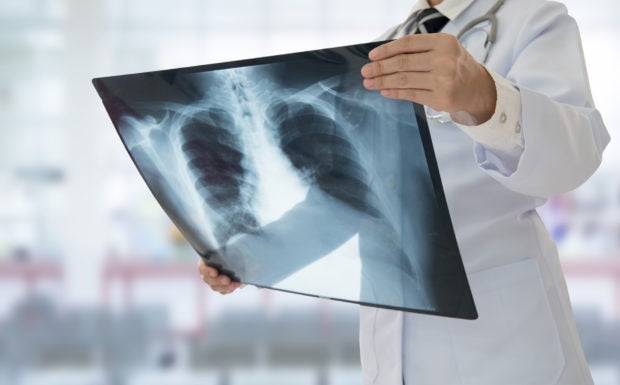 Researchers plan to explore whether experimental medications are able to inhibit the spread of lung cancer. Image: iStock/utah778 via AFP Relaxnews

Statistics from the National Cancer Institute indicate that lung adenocarcinoma is the most common type of lung cancer, accounting for around 4 out of 10 diagnoses. This new study, conducted on mice and published in Cancer Cell, shows that it can spread throughout an organism by two distinct pulmonary pathways.

One of the pathways is linked to a gene responsible for cancer, the “protein kinase C iota” (PKC iota), while the other is not linked to PKC iota. The lung adenocarcinomas resulting from these different pathways are also found in different areas of the lung and demonstrate different cells of origin, note the researchers.

Following the identification of these two distinct pathways in mice, the researchers set out to explore whether a similar schema could be seen in humans. A molecular marker enabled them to find a correlation and predict which human lung adenocarcinoma cells came from the pathway independent of the PKC iota that they had seen in the mice.

A step towards slowing the growth of tumors

“The ability to identify the specific pathway by which a patient’s lung adenocarcinoma came about increases our ability to predict which patients are likely, or unlikely, to benefit from a particular treatment, and hopefully offer alternative options to patients whose cancer subtype is unlikely to respond,” outlined Alan Fields, PhD, cancer biologist and senior author of the study.

In order to find more targeted anti-cancer treatments, researchers tested two types of medication on the rodent model and the human cells, each adapted to the type of pathway identified. The study authors observed that the two medications had a different effect on the adenocarcinoma subtypes, based on the pathway involved.

The next step will consist in determining to what extent experimental drugs could inhibit the spread of lung cancer in patients whose condition is PKC iota-dependent and those whose condition is not. The researchers also note that their findings may extend to other types of cancer. HM/JB