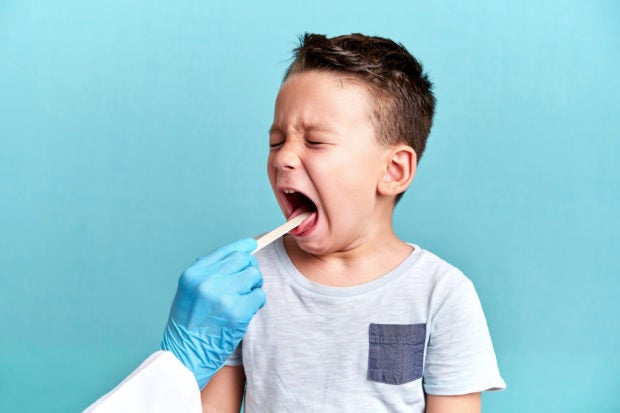 A study showed that children who received more than two courses of antibiotics in a year were more resistant to treatments than other children. Image: iStock/pinstock via AFP Relaxnews

British researchers have shown that administering more than two doses of antibiotics to children a year increases resistance to treatments for respiratory infections by 30%.

According to the World Health Organization, antibiotic resistance has become “one of the biggest threats to global health, food security and development today.”

And a new study conducted by researchers from Oxford, Southampton and Cardiff universities published in the British Journal of General Practice examined data for more than 250,000 preschool children in the United Kingdom (aged 1 to 5 years).

Their results showed that of the 114,329 children who received antibiotic treatment for acute respiratory infections, those who were prescribed more than two courses of antibiotics in the previous year demonstrated greater resistance to treatment and were more frequently admitted to the hospital.

“When children receive more antibiotics their likelihood of re-consulting a health professional is affected and increases clinical workload, even though the majority of respiratory tract infections in children are viral, self-limiting, and would not be expected to have benefited from antibiotic treatment,” noted lead author Oliver van Hecke from the University of Oxford.

This new research aims to promote awareness of the fact that children can recover from a cold or earache without receiving a course of antibiotics. The authors point out that “large-scale observational studies in primary care settings are… needed to improve understanding of the mechanisms underlying response failure, how these may be addressed to minimize unnecessary antibiotic prescribing and use.” HM/JB