German army seeks out gamers in hunt for computer-savvy recruits 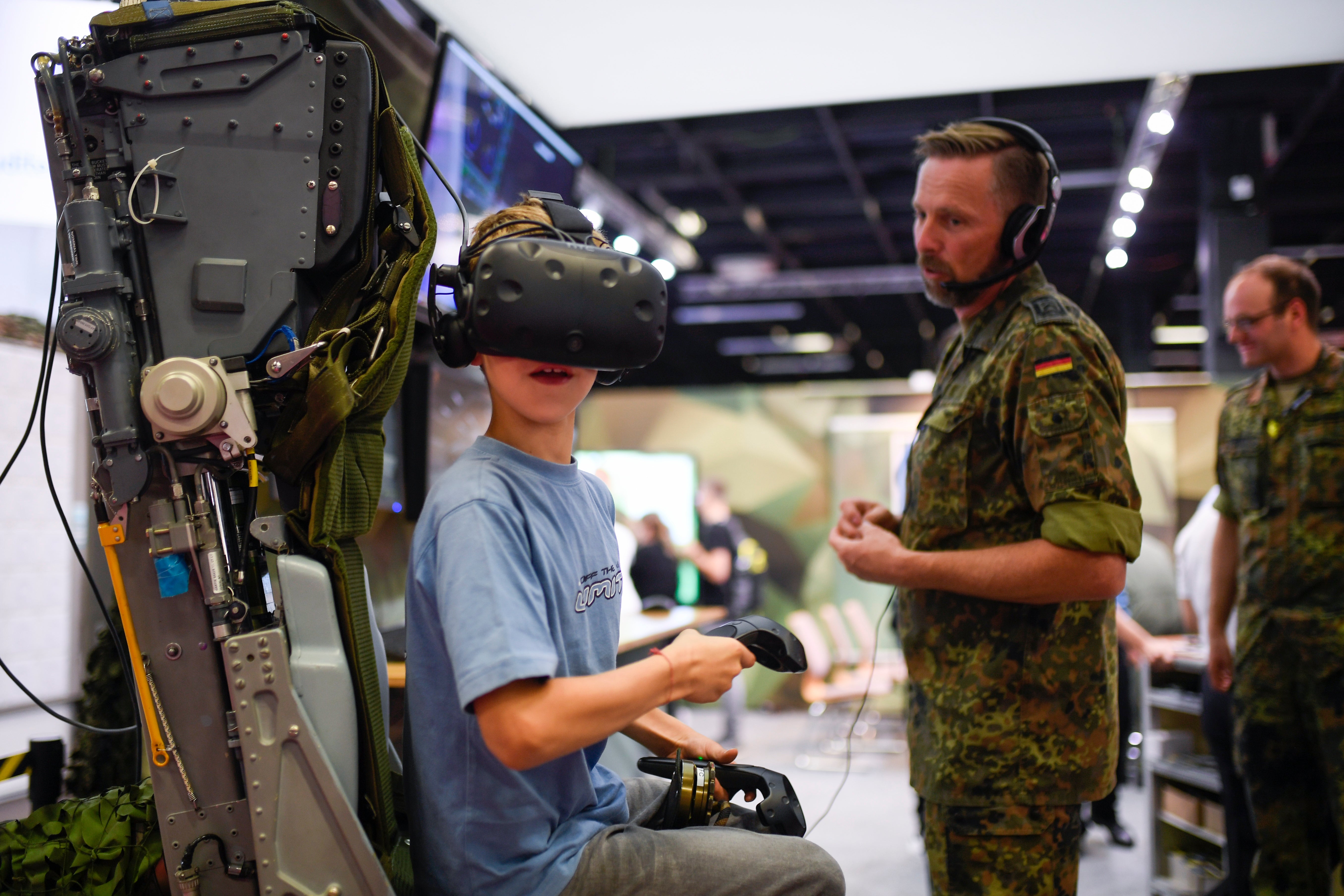 With a stand boasting a helicopter simulator and ultra-fast games, the Bundeswehr, Germany’s army, has turned to the Gamescom fair in its bid to recruit computer-savvy potential soldiers.

The call to arms is clear under a “Centre of Cyber Operations” sign with a keyboard-inspired logo in the colors of the German flag — “the Cyber-force of the Bundeswehr”.

“We are looking for people who specialize in information technology — those with a taste for computers are knocking at the right door,” Nils Feldhoff, an army communications officer, told AFP.

Dozens of young gamers, visiting the stand at the Gamescom convention, flocked to try their hand at the army’s flight simulator or test their reactions on a two-player game.

However, the military personnel was careful to spell out the difference between the reality of life in the ranks and violent military-based video games.

“We have a clear educational mission: we strictly try to separate virtual games from reality by explaining to any interested young people that this is not a video game,” Feldhoff said.

If a gamer “wants to become a soldier because he is interested in weapons, that’s not a good argument,” he added.

The army’s broad campaign to enlist computer-savvy youngsters includes a series of computer-themed posters, one featuring a blond female recruit in fatigues working on a robot.

It is part of an initiative to change the public image of obsolete equipment and under-investment that has plagued the Bundeswehr, made worse by recent scandals over the presence of far-right soldiers in the ranks.

Since Germany ended conscription in 2011, the military must now recruit pro-actively.

But it has struggled to find talent in the information technology field, badly needed in a possible cyber warfare.

While the army’s stand was buzzing with visitors, other Gamescom visitors chose to stay away as they voiced skepticism over the recruitment campaign.

“Frankly, the competent hackers here are not stupid enough to sit down with the military to show off their skills right next to… the intelligence services,” said 20-year-old Gamescom visitor Linus Niebuhr.

His gaze lands on a nearby stand from Germany’s intelligence service, which is also seeking to attract information technology fans and, according to a spokeswoman, also potential “employees to deal with and observe right-wing extremists.”

“We attach great importance to reliability, willingness to take responsibility and the ability to work as a team,” she said.

But others were not convinced.

“My generation of players defend a free internet and when you see the intelligence services, you think you will be controlled,” said 34-year-old lawyer and occasional gamer Tim Henrik Walter.