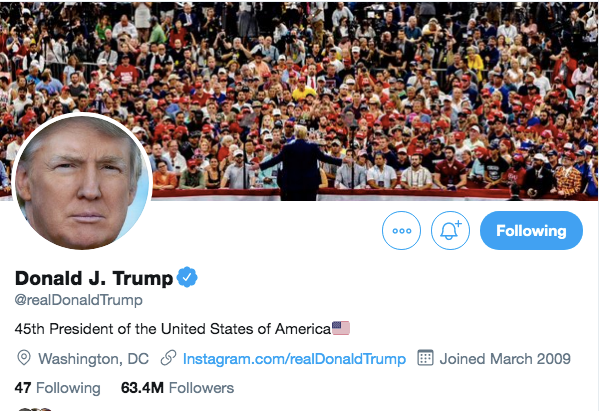 NEW YORK — President Donald Trump hasn’t given up his fight to block critics from his Twitter feed.

Justice Department lawyers Friday asked the full 2nd U.S. Circuit Court of Appeals in Manhattan to decide whether a three-judge appeals panel erred in ruling he could not.

They said the case has important implications for public officials who increasingly use social media, particularly on personal social media accounts.

“If the panel is correct, public officials who address matters relating to their public office on personal accounts will run the risk that every action taken on that account will be state action subject to constitutional scrutiny,” the lawyers wrote.

It is rare for the 2nd Circuit to grant a request for the 11 appeals judges who have not reached senior status to collectively consider a case. The appeals court generally grants such a request less often than once a year.

If the request for what is called an “en banc” hearing is denied, the case could still be appealed to the U.S. Supreme Court.

The lawyers from the Justice Department’s civil division say the July ruling conflicts with prior court precedents and presents a question of “exceptional importance.”

The 2nd Circuit panel concluded Trump’s daily pronouncements and observations were overwhelmingly official in nature. It said he thus violated the First Amendment whenever he blocked a critic to silence a viewpoint.

The Justice Department lawyers insisted in their latest filing that the president’s @realDonaldTrump account is a personal account he created in 2009, long before he became president. They said it should be treated like any personal property belonging to Trump.

“His ability to exclude others from this personal property is likewise independent of his office. That authority was conferred on him by Twitter, not by the government,” they wrote.

The request came in a case brought by the Knight First Amendment Institute at Columbia University. It had sued on behalf of seven individuals blocked by Trump after criticizing his policies.

Jameel Jaffer, the institute’s director, said in an email: “The panel’s opinion was thorough and well-reasoned, and the arguments the White House makes in its petition for rehearing are ones the panel appropriately rejected. We hope and expect that the petition will be denied.”