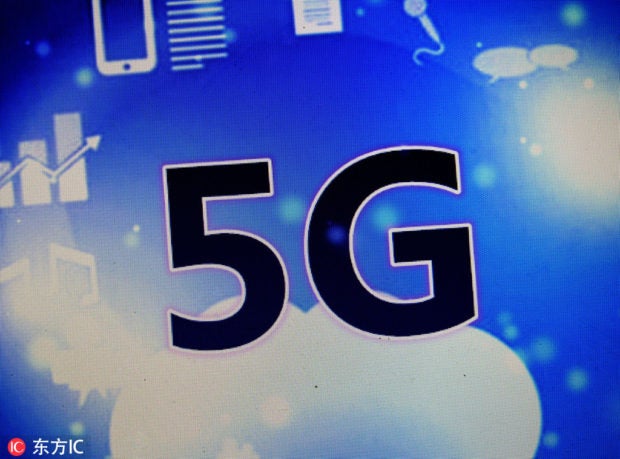 BEIJING — Audiences in China will soon be enjoying tech-savvy radio and television programs which will feature interactive and immersive experiences as a 5G technology-driven project was unveiled at the 2019 Qingdao International Film and Television Expo in Shandong province which ran from August 26-28.

5G technology is reshaping many sectors and industries including the audiovisual sector, said Nie Chenxi, deputy head of the publicity department of the Communist Party of China Central Committee and minister of the NRTA.

With 5G technologies, a sports fan can choose whichever angle he or she likes on a screen or magnify live images to see a player’s move clearly when watching a game. Drama fans can even design plots of TV series.

Officials and insiders hope the groundbreaking nature of 5G technology could give a fresh impetus to the broadcasting and TV sectors.

Zhang Hongsen, vice-minister of the NRTA, said this would be the first time the concept of “High-and New-Tech Video” would be coming to the fore.

It means video products would be presented with higher-level formats and brand-new scenarios by adopting state-of-the-art technologies such as virtual reality, augmented reality, mixed reality, 4K/8K Ultra High Definition, high frame rate, wide color, and all of them in 5G.

The park is located in the Qingdao West Coast New Area, which is home to Oriental Movie Metropolis, the largest film-studio complex in the world. Some of the blockbusters shot there include recent hits such as The Wandering Earth and Pacific Rim: Uprising.

The memorandum said the first batch of high-and new-tech video products is expected to be made at the end of this year. The second batch will come in by the end of 2021.

Several promising technological and cultural startups and some listed companies on the science and technology innovation board or second board market will be fostered in the park. Some of their video products are expected to appear at the 2022 Beijing Olympic Winter Games.

Statistics showed that video data are estimated to take up 80 percent of network flow of individual consumers and 70 percent of various industries.

Liang Xiaotao, general manager of China Broadcasting Network Co Ltd, said radio and television program makers will have an unprecedented opportunity as the 5G technology is expected to help the broadcasting and TV sectors in the field of mobile terminals, where internet companies reaped substantial gains over the past few years.

“Right now, short videos are popular on the small screens of mobile devices. However, as the size of their screen expands as embodied by foldable devices in the market, longer-time videos will stand out,” Liang said at a forum of the 2019 International Film and Television Expo.

“That’s where the broadcasting and TV sectors can give full play to its advantages,” Liang added.