The latest expansion for “The Sims 4” brings spellcasting, potion concoction and magical duels to the quiet town of Glimmerbrook, as Halloween approaches and a “Harry Potter” mobile game continues to establish itself. 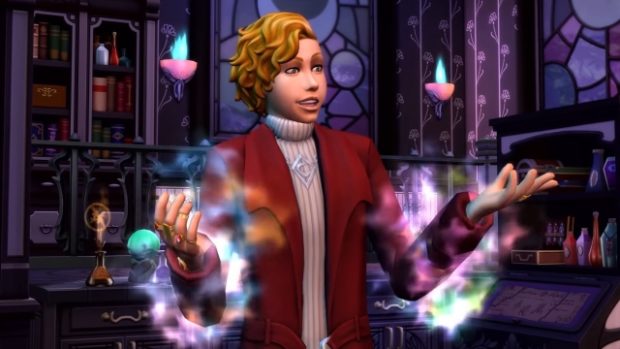 Due Sept. 10 on Mac and PC, then Oct. 15 on PlayStation 4 and Xbox One, “The Sims 4” expansion “Realm of Magic” opens up a new dimension of possibilities for players.

The supposedly inconsequential town of Glimmerbrook contains a portal to the above-mentioned Realm of Magic. There, the Sims can learn the art of magic, the skills of potion-making and the thrill of engaging in wizardly duels.

They can also adopt magical pets, wield their influence over fellow Sims for practical reasons (or as practical jokes) and improve their magical abilities through study, completion of quests and the sharing of knowledge with other residents.

It would not be a “Sims” Game Pack expansion without a range of themed new outfits, so players can expect to kit out their Sims in robes, hats and the like, with broomsticks, wands and other accessories to complete the look.

Franchise publisher Electronic Arts and its internal studio Maxis did not specify a price point for Realm of Magic, though it is expected to retail for $19.99 (around P1,000), in line with similar expansions.

The computer game edition of “The Sims 4” was given away for free in May 2019, enabling the successful franchise to extend its considerable reach further still, with small-item Stuff Packs, mid-sized Game Packs like Realm of Magic and larger overhaul Expansion Packs available to purchase as optional extras.

‘The Sims’ is going mobile on Android, iOS