Smartwatch that uses the human body to charge launched 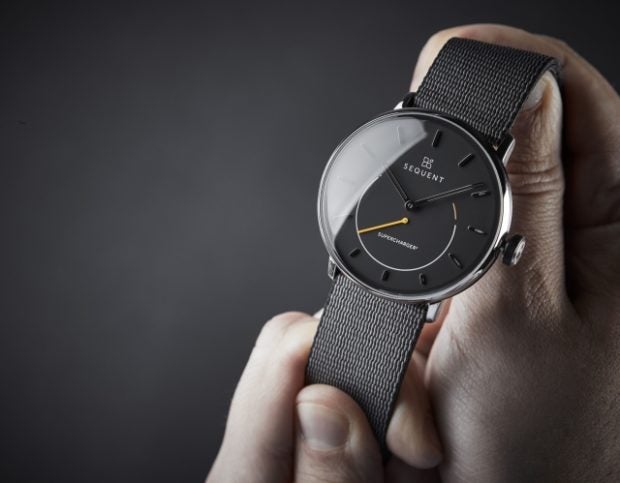 The SuperCharger2, a smartwatch that uses human-produced kinetic energy to recharge. Image: Courtesy of Sequent Ltd. via AFP Relaxnews.

With over a month left to make pledges to their Kickstarter campaign, Sequent Ltd. raised over two times their financial goal for the SuperCharger2, a smartwatch that charges using the kinetic energy created by humans as a result of physical movement.

This smartwatch is the follow-up to the original SuperCharger, whose Kickstarter campaign launched back in 2015. Similar to the previous generation model, the SuperCharger2 creates electrical power from “100% clean kinetic energy” produced by physical activity — all of which can be tracked and monitored thanks to built-in sensors.

In addition to the autonomous charging system having the potential to save up to millions of batteries per year, the watchband is made from recycled ocean plastic.

The SuperCharger2 is available through Kickstarter starting at $179 (about P9,000). First deliveries are expected to take place in January 2020. RGA/JB