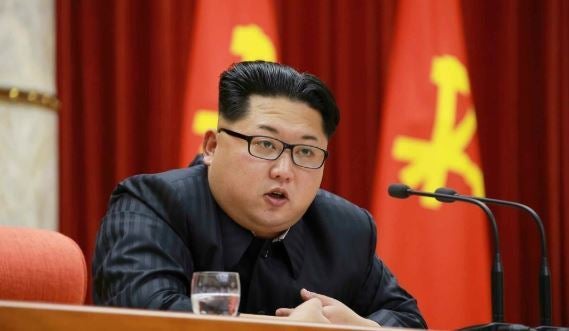 Yonhap via The Korea Herald

Kim made the statement during a meeting with leading officials of the North’s Workers’ Party last month. The message was delivered to a national conference of teachers held Tuesday, the North’s Korean Central News Agency said.

“The competitions among countries are becoming a competition of science and technology, of education which underpins it, and the competition for more talents, and its fierceness reminds one of an invisible war.”

If you don’t prioritize education or talents, you will be subjugated by others and eventually go under, Kim said, adding that North Korea’s education was far behind the world trend, its educational environment was not improving and that it lacked interest in science education.

Building a nation of strong education and talents would enable building a strong economy, he said.

There has been a tendency among North Koreans educated overseas to avoid becoming university professors and work in government ministries instead.

In 2012, soon after Kim Jong-un came to power, North Korea extended its compulsory education period from 11 years to 12 years, and made the division between middle and high schools.

The Rodong Sinmun reported Tuesday that 37 universities nationwide opened 85 new majors, including those in the fields of medical equipment, information security, nanomaterial engineering and robot engineering.

During his New Year’s address in January, Kim ordered education methods be “innovated in conformity with the global trend of developing education and pedagogical requirements.”