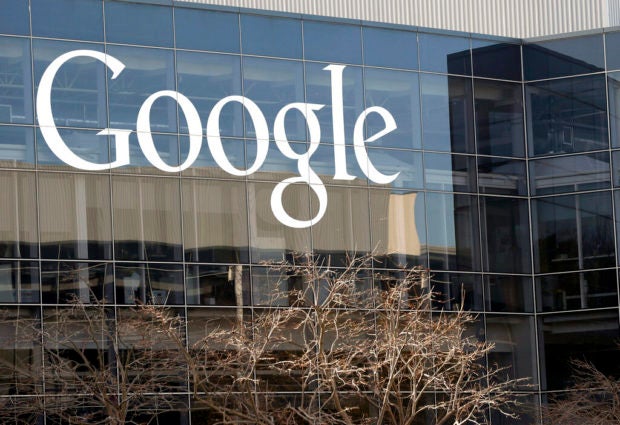 SAN FRANCISCO — The government is circling the wagons around Big Tech as the scrutiny of its immense power intensifies.

Two groups of state attorneys general are joining the fray with separate investigations into whether Google and Facebook have been unfairly leveraging their array of popular — and free — services to dominate the lucrative online advertising market.

The U.S. Justice Department already has a major antitrust investigation into unnamed technology giants, while the House Judiciary Committee is in the early stages of “a top-to-bottom review” of the power amassed by Google, Facebook, Amazon and Apple.

In some ways, the U.S. is simply trying to catch up with European regulators. Europe has come down especially hard on Google by imposing fines of nearly $10 billion for abusing the power of it widely used search engine, digital ad network and Android software for smartphones. Google’s corporate parent, Alphabet Inc., is appealing the Europe fines.

Experts say breakups are unlikely in the short term. U.S. Rep. David Cicilline, the Rhode Island Democrat leading the House investigation, has framed such measures as a “last resort.” Even so, Facebook, Google, Amazon and Apple could face new restrictions on their power.

Here’s a look at how these companies dominate and what their defenses could be.

Facebook is certainly big. But is it an illegal, competition-crushing monopoly?

Critics believe a breakup — possibly by spinning off Instagram and WhatsApp — is needed because Facebook can squash competitors either by buying them or using its enormous resources to mimic services they offer — as it’s done with Snapchat, for example.

Facebook executives have been calling broadly for regulation, though nothing that comes close to breaking it up. Instead, CEO Mark Zuckerberg has called for “new rules” to address harmful content, election integrity, privacy and data portability.

Facebook has also stressed that it has competitors in messaging and digital communication, including Apple and Google.

New York University law professor Eleanor Fox said that because antitrust law focuses on companies that raise prices too much, and Facebook is free, it will be a tough to break up the business.

As Google becomes a leading mail provider, search engine and advertising platform, critics worry the company is able to squash rivals — notably because Google can show its own products above competitors’ or feature its own ads prominently.

Google might argue it doesn’t have an obligation to do business with its rivals at all. It’s Google’s technology and Google can use it as it wishes, goes one line of reasoning.

Google has also faced scrutiny over the practices it uses to get its search and other products featured on smartphones. Some say Google imposes too many self-serving regulations on smartphone makers who use Android. But Google contends Android users like its products and want them on their phones.

The FTC’s recently announced settlement with YouTube raises the prospects that the world’s largest free video service might be a target for antitrust regulators, too, though viewers have an array of other options, if they are willing — or can afford — to pay for a subscription.

Under existing laws, it is difficult to make the case that Google has monopoly power, “even though I think a lot of people think it’s really obvious,” NYU’s Fox said.

Apple’s pioneering app store has given customers instant access to services that entertain, enlighten and engage. But it’s also a place where Apple controls all the access and sets commission rates for subscriptions and other purchases made through the apps.

App makers periodically allege that they are blocked because Apple wants people to use its own services. Apple says it typically blocks only apps with buggy software or features that invade users’ privacy. The company likens its rules to merchants deciding what products to carry.

Meanwhile, Apple is defending the 30% cut that Apple pockets on new subscription sign-ups during the first year and a 15% slice for renewals. The company says that covers costs for running the app store, including hiring people to review apps. The store is expected to generate about $16 billion in revenue this year.

Antitrust regulators could try to force Apple to lower commissions or, in a worst-case scenario, spin off the app store entirely. The latter option, though, could hurt consumers by making iPhones and other Apple products more cumbersome to use.

From an online bookseller, Amazon has grown into a gigantic e-commerce player with its tentacles in everything from web hosting to streaming video to groceries.

The European Union’s antitrust chief has been exploring whether Amazon is using data to gain an edge on third-party merchants, which are both its customers and rivals. Italy has been looking into whether Amazon abused its dominance by offering preferential treatment to companies that used Amazon’s own delivery-management services.

Cicilline, the congressman, said Amazon has identified bestselling products elsewhere, rolled out replicas under its own brand and then steered customers to its own products over those of its rivals.

Amazon insists it’s far from dominant. In a letter to shareholders, CEO Jeff Bezos called Amazon “a small player in global retail.” He notes that nearly 90% of retail is offline, in brick-and-mortar stores.

But Amazon does dominate online. Market research company eMarketer expects Amazon to account for nearly 38% of all online sales in the U.S. this year, up from 36.5% last year.