Google Pixel 4: What we know so far 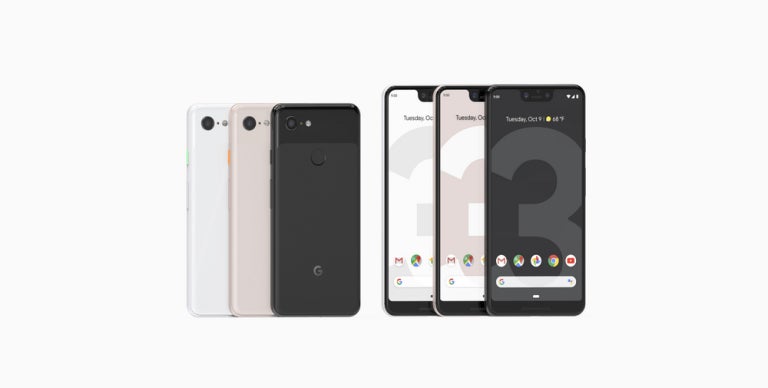 The followup to the Google Pixel 3 range, pictured here, is already the subject of great speculation. Image: courtesy of Google via AFP Relaxnews

With the Pixel 4 series launch likely taking place next month, rumors and leaks about the flagship series are arriving at record pace.

It’s been nearly a year since Google launched the Pixel 3 flagship smartphone series, which means that the next generation’s reveal is imminent. Not only have rumors been circulating about the anticipated devices, but leaked images and videos allegedly of the official handsets have also emerged. The following is a collection of the most recent speculations about Google’s upcoming Pixel 4 series.

On Wednesday, the YouTube channels AnhEm TV and Rabbit TV offered us the most comprehensive looks of what is alleged to be the Pixel 4 lineup yet by posting videos 6.5 and 14 minutes long, respectively, of the largest model in the series, the Pixel 4 XL.

Late last week, 9to5Google and XDA Developers revealed information about the series’ purported camera capabilities. The former spoke with sources that claimed a new Motion Mode will help owners take clearer action shots and an improved Night Mode will improve on the already impressive shots taken in low lighting. XDA Developers, on the other hand, reported that the Pixel 4 camera with be able to zoom 8x.

Also last week, 9to5Google separately reported that the “Google Assistant on Pixel 4 will be able to step in for you while you’re on hold during a phone call.” Though the precise functioning was not outlined by the source, they did state that Google will let you know when a human being is back on the line.

A few days earlier, MySmartPrice spotted an FCC listing revealing that four Pixel 4 devices are in the works; while three are expected to be follow-up models of the 3, 3XL, and budget-friendly 3a, the fourth one is unknown. The media suspects that it is a second successor to the Pixel 3a.

If the rumors and leaks continue to flourish like they did ahead of the Pixel 3 series launch, the entire lineup and its respective model specs could be completely revealed in no time. JB

This powerful laptop gets entertainment, creativity, and security right

Get up to 75% off on your favorite brands with Macpower’s Merry SHOPtember Sale!