State of ‘Dota 2’ as esport, plus where we go from here 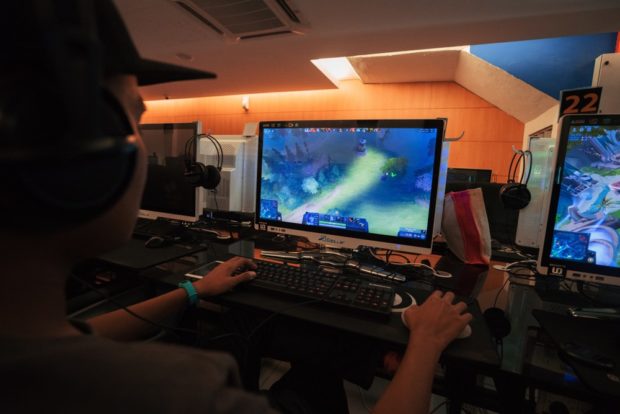 ‘Dota 2’ is popular around the globe and has more than 12.5 million users. (Shutterstock/File) via The Jakarta Post

JAKARTA — Back in August, esport’s largest tournament in terms of the prize pool concluded. The International (TI) is an annual tournament for the Dota 2 scene that can be best described as a “celebration of Dota 2”. An event that brings together the entire community of fans, content creators and professional players, the tournament occurred over the course of 10 days, from Aug. 15 to 25, with the main event playoffs taking place in the Mercedes-Benz Arena in Shanghai, China.

The winner of TI is to earn an astounding US$15 million out of the $34 million prize pool, which is split between five players. This year’s international has created a precedent because its winners, OG, were the first repeat winners of TI in its almost decade-long history. This victory was not only a historic feat, but is a testament to how far the Dota 2 scene has grown in the last few years.

The reason why there has not been a repeat winner in the first nine years of TI’s existence was the lack of structure in the Dota 2 competitive scene, unlike in this year’s International. In 2017 and 2018, Valve, the creators of Dota 2, implemented a competitive point system that imposes a penalty on players who try to leave during the season.

Participating at these events would earn teams Dota Pro Circuit (DPC) points and at the end of the year the top eight in DPC point earnings would get invited to that year’s International. The two-year structure that the DPC has brought to the Dota 2 scene allowed teams to stay together longer without the fear of players randomly being poached and for sponsors to better support tournaments and teams. The results of this have clearly been seen at this year’s International, as the top three teams this year were the exact same ones that we had last year. This shows continuity, stability and consistency that the scene is seeking.

Another sign of the growth of the Dota scene is the success of different regions at this year’s International. The Dota 2 competitive scene has always been dominated by Europe and China; sometimes a North American team like Evil Geniuses in 2015 will slip in and have streaks of dominance. The South American and Southeast Asian scenes have always been considered lagging over the past few years, with only a few moments when they upset dominant teams (TNC vs OG at the International 6).

However, the structure that the DPC provides has allowed the talent in these smaller regions to flourish. Teams such as TNC Predator taking the tournament favorite Vici Gaming to a 75-minute game and Infamous Gaming, a team that was formed a few months ago, getting eighth place and securing $850,000.

Every year the disparity between the regions grows smaller and the Dota 2 scene can only thrive with more and balanced competition.

So where do we go from here? The journey is far from over for Dota 2. Even though the prize pools keep going up every year, it doesn’t seem that the number of players in Dota 2 is increasing. Dota 2 reached its all-time peak at 1.2 million concurrent players in 2018 and had an estimated 11 million unique players. The number hasn’t been that high since.

This means that Dota 2 seems to have a large number of players who are very invested in the game and will pour money into it, while not really gaining a new audience. The game itself is hard to learn for a newcomer and even harder to watch. Although Valve have done a good job in stabilizing the competitive scene and turning Dota 2 into a viable esport, it is still yet to be seen if it can continue to grow the player base like it was doing just a few years ago.