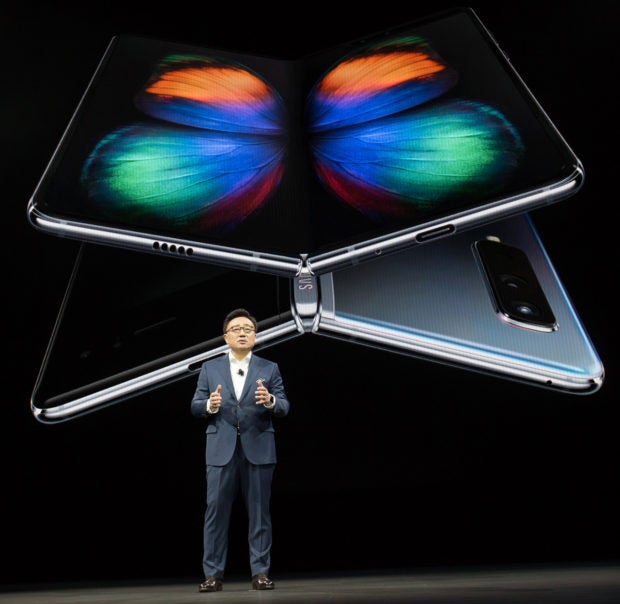 SEOUL — Samsung Electronics’ new-age foldable smartphone seems to be successful as its initial preorders have sold out quickly in South Korea.

The second round of preorders for the unlocked Fold, which started on the firm’s official website at midnight on Sept. 18, ended in 15 minutes. The exact number of units available for preorder was not revealed, but it is estimated to have been around 4,000-6,000, double the first batch of 2,000-3,000 in the first phase on Sept. 5.

The first batch of Fold smartphones — available only through local mobile carriers SK Telecom and KT — sold out in 15 minutes.

Samsung is likely to ramp up the production of the foldable smartphone due to high demand, according to industry sources.

“Since the Fold is very popular here, the company is mulling to increase the production volume,” an official from Samsung was quoted as saying by local news outlet Asia Times.

The only challenge for the planned ramp-up is the limited supply of display components, such as polyimide films, which are produced by Japanese firm Sumitomo Chemical, a source said.

The Fold was initially scheduled to hit shelves in April, but the launch was put off due to technical glitches. After the months-long delay, the revamped Fold was showcased during the IFA trade show in Berlin earlier this month, receiving a lot of attention. The smartphone featuring a 4.6-inch screen transforms into a 7.3-inch tablet PC when unfolded.

In addition to the popularity of the foldable device, Samsung’s latest Galaxy Note lineup is also gaining sales momentum here.

Sales of Note 10 and its larger variant Note 10 Plus exceeded one million as of Sept. 16, according to the tech giant. The smartphones were released on Aug. 23.

Crossing the one-million mark in 25 days is a new record. The previous record of 37 days was set by the Galaxy S8 released in 2017. It took 53 days for the Note 9 to reach the one-million milestone.