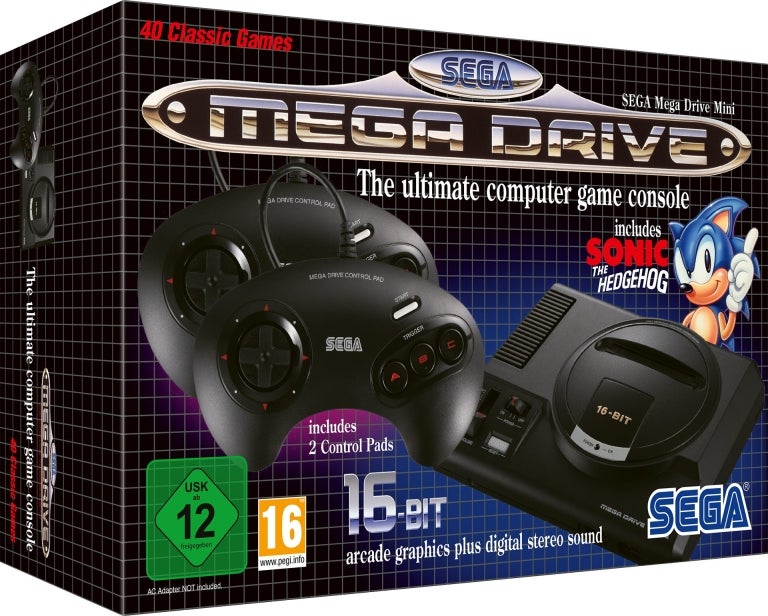 Containing a veritable library of built-in games by 1980s standards, the Sega Genesis Mini launches Sept. 19 with 42 titles regardless of region, releasing to a swathe of enthusiastic press reviews published the week before.

Debuting in 1988, the Genesis, known as the Mega Drive outside the United States and Canada, launched two years ahead of the Super Nintendo.

Over the course of its lifespan, it was home to the “Sonic the Hedgehog” franchise, plus classics of the action genre in “Golden Axe”, “Gunstar Heroes”, “Road Rash II” and “Streets of Rage 2”.

Then there was “Tetris” alternative “Columns” while “Phantasy Star IV” and “Shining Force” helped role-playing adventures find a larger audience.

Each of the above, even Nintendo-adjacent “Tetris”, numbers among 22 games common to three global editions of the United States $80 Sega Genesis Mini.

Further variations exist between Japanese editions, a version made for China and Korea, and a single games roster applied to North American and European equivalents.

European and Middle Eastern territories can expect to see the Mega Drive Mini launching on Oct. 4.

Meanwhile, Nintendo is preparing to welcome a new wave of Switch owners.

It also does away with the original Switch’s detachable controllers and TV display compatibility in return for a $199 (over P10,000) price tag, $100 (over P5,200) less than its predecessor.

A Sept. 20 release date means it launches alongside “The Legend of Zelda: Link’s Awakening”, a well-anticipated remaster of the 1993 classic Game Boy action adventure.

Then there’s a two-month wait until November’s “Pokémon Sword” and “Pokémon Shield” pairing, perhaps the two most highly awaited games of the Switch’s lifecycle.

While Sega and Nintendo announced their consoles’ release dates months in advance (in March for the Genesis Mini, July for the Switch Lite), Apple waited until last week to set a Sept. 19 date for its curated games subscription plan, Apple Arcade.

Over 100 games are lined up for the $4.99 (about P260) per month service, Apple has said, its roster a mixture of new and mobile-exclusive titles including a modern remix of a timeless classic, “Frogger in Toy Town”, experiential journey “The Pathless”, jump’n’run adventure “Shantae and the Seven Sirens” and wild mini golfer “What the Golf”. JB