Pushing yourself to be more outgoing could make you happier 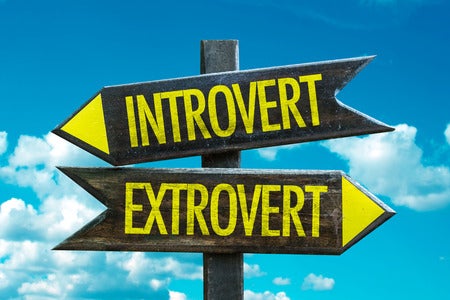 New United States research has found that introverts who step out of their comfort zone and act like extroverts might find that the change in behavior could boost their well-being.

Carried out by researchers at UC Riverside, the new study is the first-ever to investigate the effect of acting like an extrovert for a prolonged period of time.

The researchers recruited 123 participants for the study and asked them to act like extroverts for a one-week period, suggesting that they be as “talkative,” “assertive,” and “spontaneous” as they like. For another week, the same group was asked to act like introverts, and told to be “deliberate,” “quiet,” and “reserved.”

Three times a week, the researchers reminded the participants of the behavioral change via emails.

The findings, published in the Journal of Experimental Psychology: General, showed that participants reported greater well-being after acting like extroverts for a week and decreases in well-being after the introversion week.

Moreover, those who were “faux extroverts,” and pushed themselves outside of their comfort zone to act more extroverted, reported no discomfort from their behavior change.

The results also back up those found in previous studies, which looked at the possible benefits of being an extrovert, but for a shorter period of time. In one study, participants taking the train were asked to either talk to strangers or remain silent, with those who were chatty with their fellow passengers reporting a more positive experience.

“The findings suggest that changing one’s social behavior is a realizable goal for many people, and that behaving in an extroverted way improves well-being,” said Lyubomirsky, a UCR psychologist and co-author of the study. “Manipulating personality-relevant behavior over as long as a week may be easier than previously thought, and the effects can be surprisingly powerful.” JB