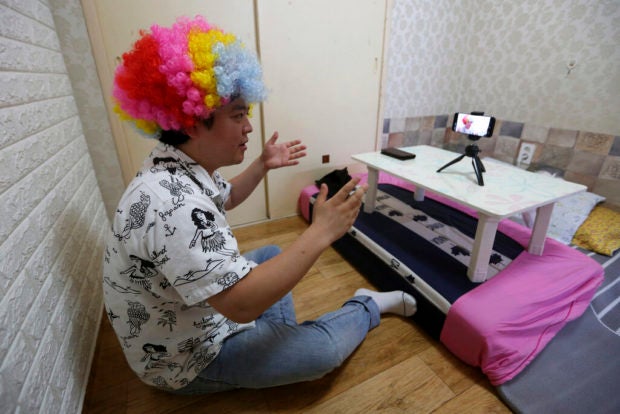 In this July 18, 2019, photo, North Korean refugee Jang Myung-jin films himself in a demonstration of his YouTube broadcast during an interview at his house in Seoul, South Korea. The 32-year-old Jang is among a handful of young North Korean refugees in South Korea who have launched YouTube channels that offer a rare glimpse into the everyday lives of people in North Korea, one of the world’s most secretive and repressive countries. (AP Photo/Ahn Young-joon)

SEOUL, South Korea — In South Korea, a handful of young North Korean refugees have launched YouTube channels in recent years to offer a rare glimpse into life in the North.

They talk about things like what food North Koreans eat and what profanity they use. Their programs contrast with mainstream media reports that heavily focus on North Korea’s nuclear program and its internal politics.

These young YouTubers’ programs feed a growing demand for softer news related to daily life in their former home country and help address the widespread misinformation about North Korea in the South.

Their rise comes amid increased public attention to North Korea, whose leader, Kim Jong Un, has made global headlines with a provocative run of weapons tests and nuclear diplomacy with President Donald Trump. /jpv