After a series of outcries from the online, emoji-using community, Apple modified a series of its most recently launched emojis to be more true-to-life.

Just a week after releasing iOS 13, Apple promptly launched iOS 13.1 Tuesday, along with already updating tools like Airdrop and Apple Maps, the company also updated a collection of emojis to be more anatomically correct as spotted by the experts of Emojipedia. 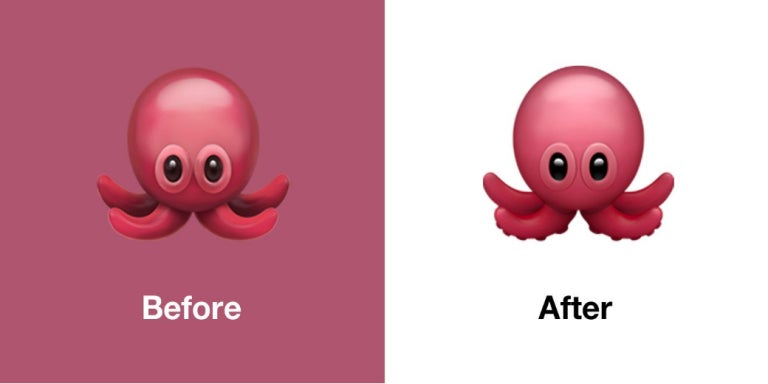 iOS 13.1 adds suckers to the front legs of the octopus. Image: Apple/Capture of Emojipedia via AFP Relaxnews

The octopus emoji has been given a row of suckers on each of its front tentacles, whereas the squid’s siphon has been shifted to the rear side of the animal instead of being inaccurately placed in the center of its face.

📲 iOS 13.1 is here and no longer incorrectly displays a siphon on the front of the 🦑 Squid emoji, among other accuracy updates https://t.co/78lQNbWmmD pic.twitter.com/w9Uy4lg6PK

The previous version of the mosquito emoji only had five legs; the update added a sixth one to make the insect anatomically correct.

In addition to adjusting these animals, iOS 13.1 brought a series of changes to other emoji characters and objects. The hearts on face emojis (including the Heart Eyes, Face Blowing a Kiss, and the Smiling Cat Face With Heart-Eyes emojis) have been replaced with the official Apple Red Heart emoji.

The puzzle piece is now green instead of blue, the Cow Face is now less shadowed, and the Abacus has been reoriented so that the beads are vertically placed to improve their historical accuracy.

All updated emojis have rolled out with iOS 13.1 which is available as of Tuesday. JB