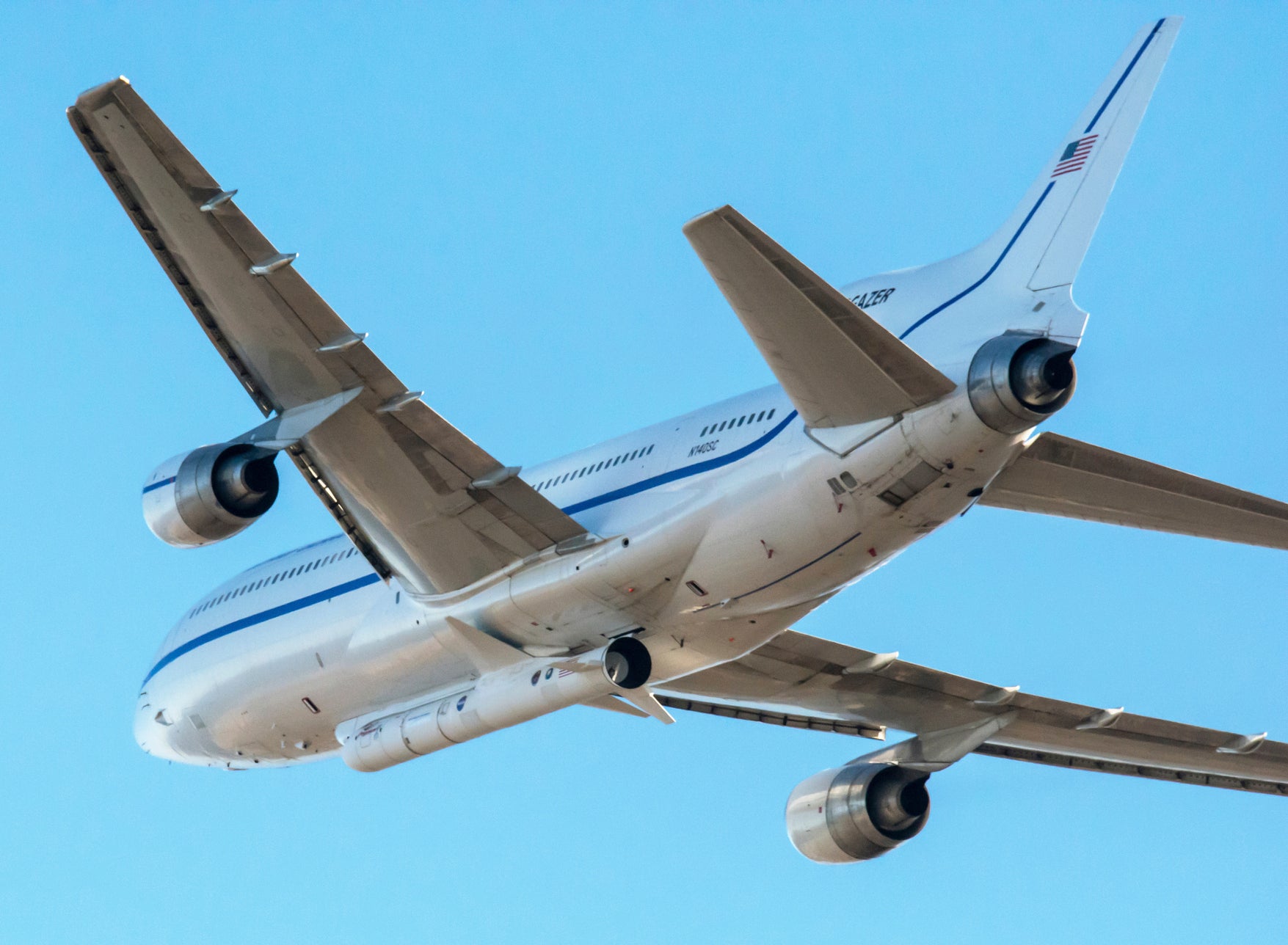 In this Oct. 1, 2019 photo made available by NASA, a Northrop Grumman L-1011 Stargazer aircraft takes off from Vandenberg Air Force Base in Calif. The company’s Pegasus XL rocket, containing NASA’s Ionospheric Connection Explorer (ICON), is attached beneath the aircraft. The explorer is targeted to launch on Oct. 9, 2019, from Cape Canaveral Air Force Station in Florida. ICON will study the frontier of space – the dynamic zone high in Earth’s atmosphere where terrestrial weather from below meets space weather above. (Randy Beaudoin/NASA via AP)

The satellite – called Icon, short for Ionospheric Connection Explorer – rocketed into orbit following a two-year delay. It was dropped from a plane flying over the Atlantic off the Florida coast.

Five seconds after the satellite’s release, the attached Pegasus rocket ignited, sending Icon on its way.

The ionosphere is the charged part of the upper atmosphere extending several hundred kilometers (miles) up. It’s in constant flux as space weather bombards it from above and Earth weather from below, sometimes disrupting radio communications.

Fox said there’s too much going on in this region to be caused by just the sun. Hurricanes, tornadoes and other extreme weather conditions on Earth are also adding energy, she noted.

The more scientists know, the better spacecraft and astronauts can be protected in orbit through improved forecasting.

The refrigerator-size Icon satellite will study the airglow formed from gases in the ionosphere and also measure the charged environment right around the 580-kilometer-high (360-mile-high) spacecraft.

“It’s a remarkable physics laboratory,” said principal scientist Thomas Immel of the University of California, Berkeley, which is overseeing the two-year mission. He added: “Icon goes where the action is.”

A NASA satellite launched last year, Gold, is also studying the upper atmosphere, but from much higher up. More missions are planned in the coming years to study the ionosphere, including from the International Space Station.

Icon should have soared in 2017, but problems with Northrop Grumman’s air-launched Pegasus rocket interfered. Despite the long delay, NASA said the $252 million mission did not exceed its price cap. Northrop Grumman also built the satellite.

During a news conference earlier this week, NASA launch director Omar Baez apologized for the delay.

“We wanted to get things right on this rocket,” Baez said. “We have no second chances on these types of missions.”

He called the launch “an awesome and great one; this one’s been a long time coming.”

Baez said in the end, everything went well. “This is about as good as it gets,” he said. /kga