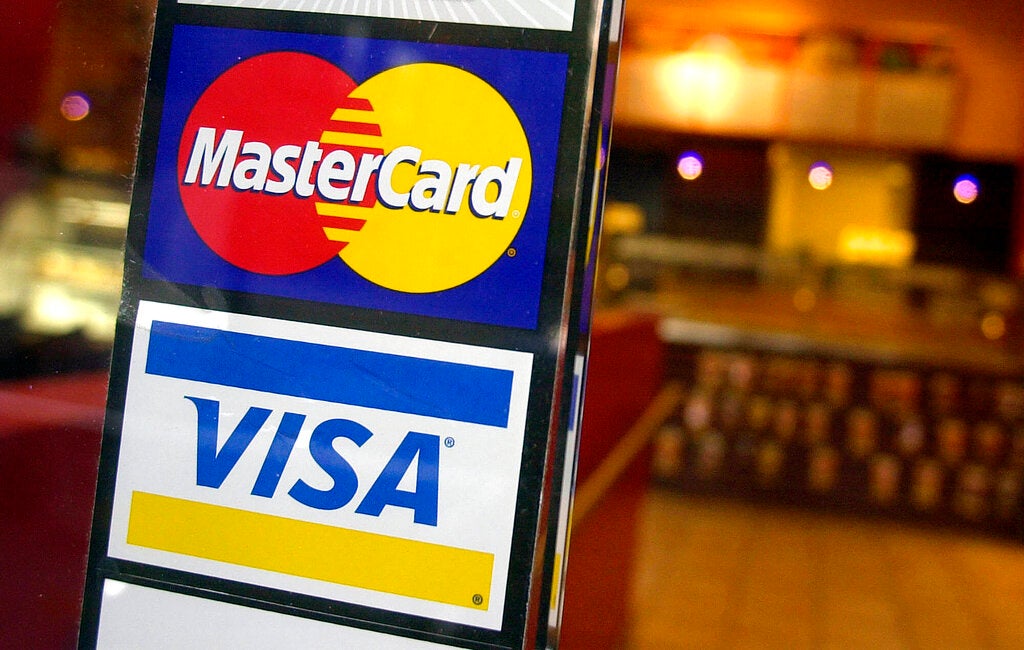 NEW YORK — Visa and Mastercard on Friday announced their departure from Facebook’s Libra project, a major setback to the social network’s plan for a worldwide digital currency.

Along with the two payment giants, several other large companies have said they’re exiting Libra. Payment processing company Stripe is stepping back, as well as e-commerce company eBay.

PayPal was the first of Libra’s big partners to leave, announcing last week it would no longer be involved.

Facebook has faced substantial criticism since the summer when it unveiled plans to create a separate, private currency system to allow users to make cross-border payments more easily. The Libra Association, based in Switzerland, was supposed to give the currency project a comfortable arm’s length distance from Facebook, which wouldn’t own Libra.

Despite those efforts, financial regulators, as well as members of Congress on both sides of the political divide, noted the privacy issues raised with the social networking company controlling a currency, while also expressing concern about how Libra could be used for money laundering like Bitcoin or Ether, other digital currencies. Even President Donald Trump weighed in, tweeting that Facebook should be subject to U.S. banking laws if the Libra project were to move forward.

All five departures come less than a week before the Libra Association’s official signing ceremony, which is to be held in Switzerland.

The impact of Libra’s loss of Visa and Mastercard cannot be understated. The two hold an effective duopoly over credit and debit cards in the U.S. and Europe, and are making substantial inroads into developing countries’ payment systems. Their initial agreement to join the Libra Association instantly gave Facebook’s project legitimacy. It also gave Facebook access to Visa and Mastercard’s networks, which could have given a pathway for users to convert traditional currency into Libra.

“If there was any ambition to scale Libra very quickly and make it widely accepted, they would have been able to do that through Visa, Mastercard and PayPal,” said Sanjay Sakhrani, a payments industry analyst at the investment bank Keefe, Bruyette & Woods. “Now it’s going to be a bigger challenge.”

But both Visa and Mastercard made it clear from the onset that their interest in Libra was at least partly out of curiosity. It now appears that the regulatory and political pressure on Facebook was enough to convince a chunk of the original members to cut ties.

Visa said Friday that it would re-examine a potential membership in the Libra Association if and when Facebook is able “to fully satisfy all requisite regulatory expectations” in its development of Libra — a sign that the regulatory and political hurdles Libra is facing were becoming too much to bear.

Facebook CEO Mark Zuckerberg is scheduled to appear in front of the House Financial Services Committee later this month to discuss Libra. That committee is chaired by Rep. Maxine Waters, D-California, who has been an ardent critic of Libra from its onset.

“Visa’s continued interest in Libra stems from our belief that well-regulated blockchain-based networks could extend the value of secure digital payments to a greater number of people and places, particularly in emerging and developing markets,” the company said.

Gartner analyst Avivah Litan said that while the defections are “a big setback” for Facebook and Libra, they won’t kill the project.

“It’s not the end of the effort, it just becomes much more contentious,” she said.

With the recent departures, Libra’s membership now consists mostly of venture capital firms and nonprofits. Uber, Spotify and Lyft were still listed as members on Friday, and none of them responded to requests for comment. Vodafone, the Europe-based telecommunications company that has a substantial presence in Africa and has specialization in mobile payments, was also still listed as a member.

After PayPal’s departure last week, Facebook did not waver in its support of Libra and is unlikely to do so, at least in the immediate future. The company has hired several Washington lobbyists to convince politicians and regulators to green light the project.

In a series of tweets, Libra co-creator David Marcus was not backing down either, despite Visa and Mastercard’s departure.

“The pressure had been intense (understatement), and I respect their decision to wait until there is regulatory clarity for Libra,” Marcus said.