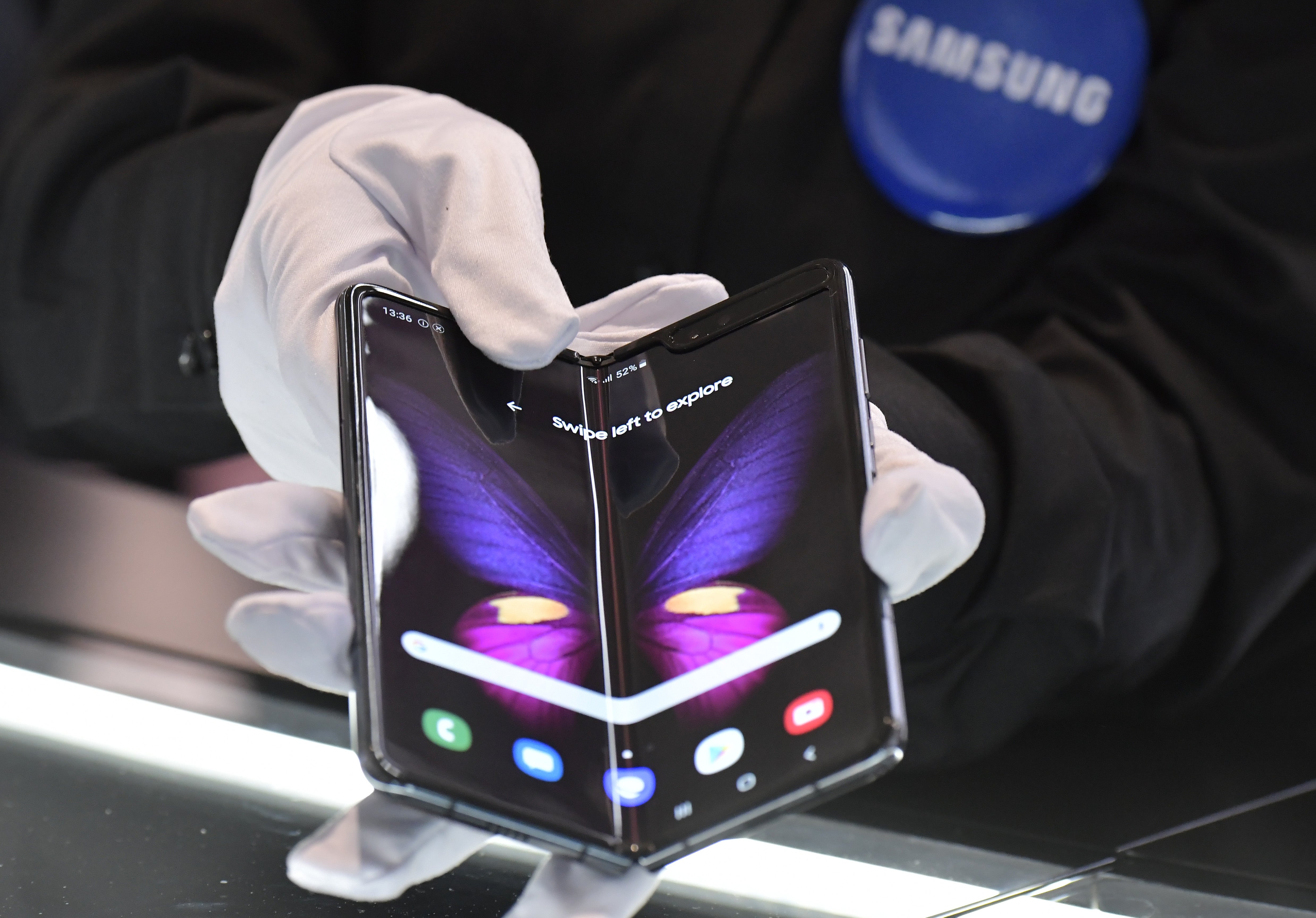 The Galaxy Fold 5G phone is presented at the booth of Samsung during the international electronics and innovation fair IFA in Berlin on September 6, 2019. – Exhibitors from more than 100 countries will be presenting their latest products during the fair running from September 6 to 11, 2019. (Photo by Tobias SCHWARZ / AFP)

SEOUL — Samsung was to begin taking orders for the foldable gadget on its homepage as well as some e-commerce platforms like 11st, eBay and Coupang at midnight on Sunday, according to the tech giant.

The exact volume of the third batch has not been revealed, but industry officials estimate around 10,000 units would be rolled out.

According to market forecasts, Samsung has released around 20,000 Galaxy Folds so far for the Korean market alone through the first and second rounds of preorder-based sales in September.

Despite the high price tag of 2.39 million won ($2,020), the available units sold out in just a few minutes for the two previous batches.

Now the third session is drawing public attention to the strictly controlled volume of limited-edition phones.

“It seems like Samsung is exploiting the value of rarity,” said an industry official. “Because of the limited volume, the phone’s value has been raised incredibly.”

The official predicted that Samsung Display has prepared a total of 100,000 foldable AMOLED display panels for the Fold, including a portion set aside for potential replacements for defective ones.

After being sold out not only in Korea but also in the United States, United Kingdom, Germany, Singapore and France, Samsung plans to debut the foldable device in challenging markets like Japan, Poland, Mexico and Switzerland later this month.

For the Japanese market, the Galaxy Fold will not have the Samsung logo on the hinge of the in-folding device, a strategy Samsung is employing in the market dominated by American rival Apple. The Fold’s Japan launch is slated for Oct. 25.

Samsung will also venture into the Chinese market again with the Fold on Nov. 1, which will see it compete against Huawei’s foldable Mate X.

The Korean company has suffered slumps in China sales in recent years, accounting for less than 1 percent in market share.