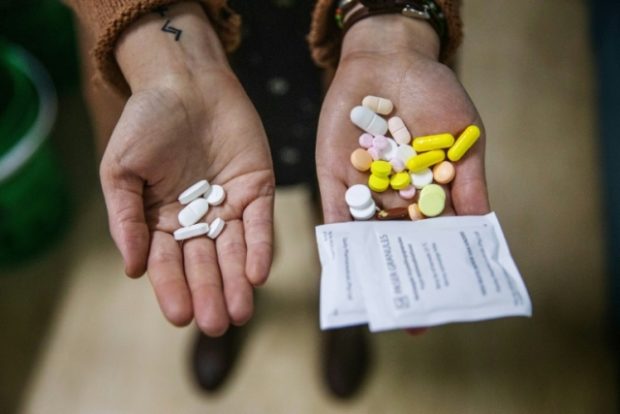 Poor adherence to treatment has long been associated with continued transmission and the emergence of drug-resistant strains of tuberculosis. Image: AFP/Michele Spatari

An ingestible sensor that allows doctors to remotely monitor tuberculosis patients’ intake of medication has the potential to save millions of lives and revolutionize treatment for the world’s most deadly infectious disease.

A randomized trial of 77 patients in California, United States published in the journal PLOS medicine, found that 93% of patients using the sensor were taking their daily treatment doses, compared with 63% who did not.

Poor adherence to treatment regimes has long been associated with continued transmission and the emergence of drug-resistant strains of the disease.

The so-called Wirelessly Observed Therapy (WOT) involves a patient swallowing a small, pill-sized sensor and wearing a paired patch on their torso which transmits medication levels via Bluetooth. Their physician can then track in real-time their medication intake using a phone application.

“If we are serious about eliminating tuberculosis then we have to get some fundamental things right such as increased support for patient care that efficiently helps patients complete all of their treatment,” said Sara Browne, professor of clinical medicine at the University of California, San Diego, who led the trial.

The vast majority of tuberculosis deaths occur in developing nations, led by India.

Mark Cotton, professor of pediatrics and child health at Stellenbosch University, said the technology could have a profound effect on tuberculosis rates and deaths in high-risk countries.

“We must urgently evaluate the applicability of WOT in high-prevalence countries such as India and South Africa where adherence rates are often poor due to geographical barriers, stigma and poverty,” Cotton said. “WOT could potentially be a lifesaver for millions.” RGA/JB