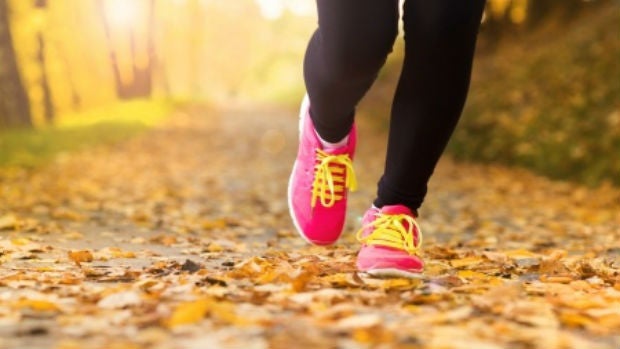 In the first study of its kind, a new European research has found that higher testosterone levels in females have a significant effect on a woman’s ability to run for longer.

Carried out at Karolinska University Hospital and Swedish School of Sports and Health Sciences, Stockholm, Sweden, the new study looked at 48 physically active and healthy 18- to 35-year-old women and randomly split them into two groups.

The women’s hormone levels and body composition—percentage of body fat and lean muscle mass—were measured at the beginning and end of the 10 weeks.

To test how the testosterone cream affects aerobic performance, the researchers measured how long the women could run on a treadmill before reaching the point of exhaustion, and to test the effect on anaerobic performance, which requires short bursts of energy, the women were asked to complete exercises such as squat jumps and standing vertical jumps.

The findings, published in the British Journal of Sports Medicine, showed that the women who used the testosterone cream experienced a rise in their levels of the hormone, with average circulating levels of testosterone increasing from 0.9 nanomoles/liter of blood to 4.3 nanomoles/l among these women.

Perhaps unsurprisingly, the women who took the inactive cream experienced no increase in testosterone levels.

The women who applied the testosterone cream also experienced a significant boost to their capacity to run for longer, with the team finding that running time to exhaustion increased significantly by 21.17 seconds (8.5%) in this group, compared with the women who took the inactive substance.

The testosterone group also experienced increases in muscle mass and leanness, though their body weight did not change.

It is already known that testosterone levels can impact sports performance. The researchers note that male athletes have, in general, an advantage of 10-15% in comparison with female athletes, which is most likely due to men having, on average, more than 15 times higher circulating testosterone than women.

There has been much discussion recently about whether women with levels of testosterone high enough to fall into the male range, as a result of rare inborn conditions, should be allowed to compete against women with normal levels of the hormone, although evidence is limited on the effect of testosterone on female performance.

However, the International Association of Athletics Federations has said that female athletes with high levels of the hormone must lower their testosterone levels to below 5 nanomoles/liter of blood to be eligible to compete at international level in middle distance races (400 meters to 1 mile), which has been widely criticized and legally challenged.

“Our results are therefore of great importance for the ongoing discussion of whether it is fair to allow athletes with naturally high testosterone to compete in the female category without reducing their hormonal concentration to the female range,” conclude the researchers. IB /ra