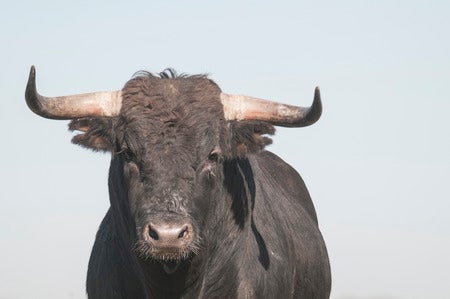 The plight of a fugitive one-year-old bull named Jerry has won hearts in Croatia after the animal escaped from a slaughterhouse last Friday and has been on the lam ever since.

Charmed by the 650-kilogram (1,433-pound) brown bovine’s jailbreak, Croatians are calling for his life to be spared.

“Justice for Jerry” and “Hang in there Jerry!” read some of the comments rooting for the bull on social media.

A cat-and-mouse game has emerged as police, veterinarians and hunters help search for the bull, who was nicknamed after the mouse in the iconic “Tom and Jerry” cartoon series.

The bull’s owner, Ivan Bozic, has pledged to save the animal’s life if he is captured.

“Since he managed to escape a certain death he will certainly stay alive,” he told local media.

The owner of the slaughterhouse, based outside the coastal town of Split, said he is still baffled at how the animal managed to escape.

“I simply don’t know how it happened. Apparently, pure force defeated technology,” Petar Skejo told local media of how the bull appeared to have slipped out of a corral where cattle intended for slaughter are kept.

He took off into the woods and was later seen by locals near a hill, but again evaded capture.

“We wanted to catch him alive but when we approached him he jumped skilfully like a cat on a rock… and disappeared in the bushes,” Skejo told state-run HRT television.

One politician, MP Ivan Pernar, has also come out in support for the beast.

“Jerry I wish you all the luck in the world,” he wrote on Facebook. IB/JB