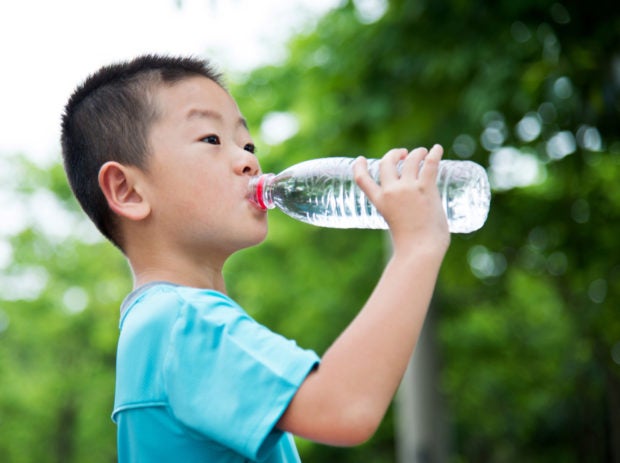 Encouraging kids to drink more water could help boost their ability to multitask, according to new research. Image: IStock.com/Baona

New United States research has found that drinking more water could not only improve a child’s hydration but also boost their ability to multitask.

Led by researchers at the University of Illinois, the new study looked at 75 children aged 9 to 11 years old. The children were placed into three groups; one group maintained their usual water intake for a period of four days, one group drank half a liter for four days, and the third group drank 2.5 liters of water a day for the same period.

The researchers measured the children’s urinary hydration and cognitive performance at the start of the study and after the four days.

The findings, published in The Journal of Nutrition, showed that as expected, drinking more water for several days improved the children’s hydration.

In addition, the children who increased their water intake to 2.5 liters a day for four days also had faster reaction times on a task-switching test, which is designed to measure cognitive flexibility. However, there were no differences in tests designed to measure attention and inhibition.

Children who had higher hydration at the start of the study also performed better on the task-switching activity.

“Recent urine biomarker data has indicated that over half of the children in the United States are probably inadequately hydrated,” said study leader Naiman Khan. “We’ve studied dietary effects on children’s cognition for a long time, but the opportunity to promote cognitive function in children with water intake is very important. Children are at a higher risk of involuntary dehydration: They depend on adults to recognize their needs and provide them with water.”

“This is the first study to our knowledge that has manipulated water intake over several days and measured changes in cognitive performance among children,” Khan added. “It’s also one of the first studies to use all the measures of urine hydration that are available, including osmolality, specific gravity and color.”

“Such findings suggest that childhood health behaviors, such as being properly hydrated, may benefit complex cognitive operations including working memory and cognitive flexibility. Given that these aspects of cognition underlie academic achievement, it is interesting to think about low-cost lifestyle interventions, such as increasing water intake, to benefit cognitive and brain health as well as effective functioning throughout the school day,” added study author Charles Hillman. CL/JB

World Vegan Month: How going vegan could boost your health