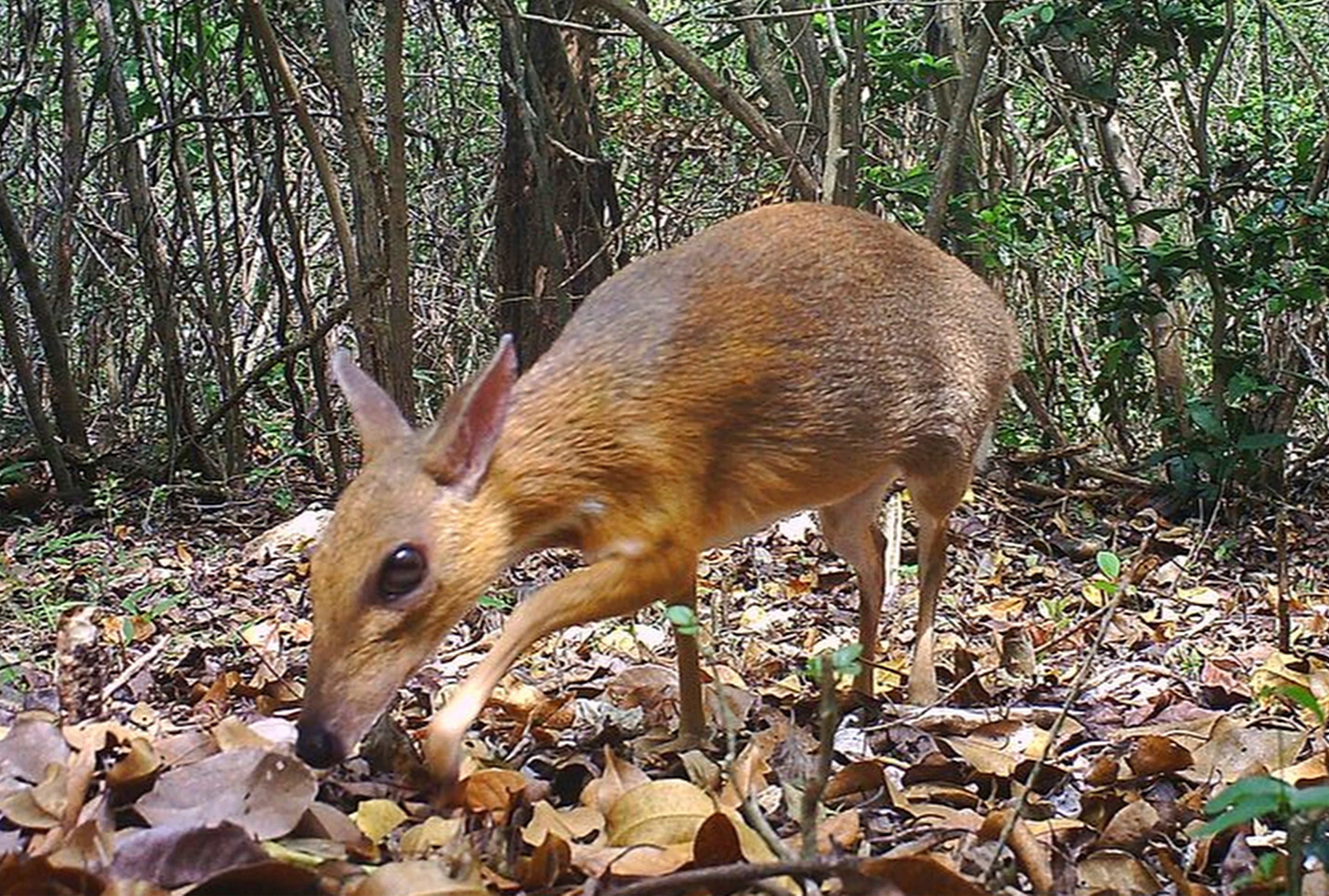 In this June 21, 2018, photo, a silver-backed chevrotain is captured by camera trap in an undisclosed forest in south central Vietnam. The species, commonly known as Vietnamese mouse deer, was rediscovered after 30 years. (Southern Institute of Ecology/Global Wildlife Conservation/Leibniz Institute for Zoo and Wildlife Research/NCNP via AP)

HANOI — A tiny deer-like species not seen by scientists for nearly 30 years has been photographed in a forest in southern Vietnam.

Conservationists said images of the silver-backed chevrotain, commonly called the Vietnamese mouse deer, were captured in the wild by trap cameras.

Global Wildlife Conservation said in a statement Tuesday that the rabbit-sized animal is not a deer or a mouse, despite its nickname, but is the world’s smallest hoofed mammal.

It said they are shy and solitary, have two tiny fangs, appears to walk on the tips of their hooves, and have a silver sheen. /kga