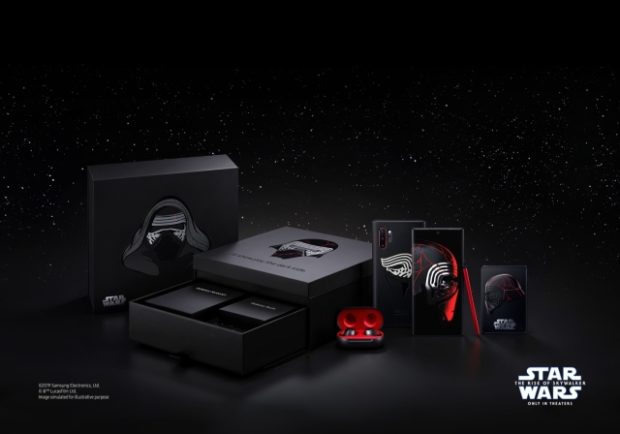 On Monday, Nov. 18, Samsung announced that it is commemorating the final film of the Skywalker saga, “Star Wars: The Rise of Skywalker”, with the launch of a special, Sith-inspired edition of the Galaxy Note 10+.

'May the force be with you' with a special edition #GalaxyNote10+ in advance of the December 20 release of #StarWars : The Rise of Skywalker. Find out more: https://t.co/kvVc2Tuvii

The Note 10+ with its red accents and S pen will be bundled with a matching leather cover, Galaxy Buds and a collector’s metal badge. Everything will be stored in limited edition Sith packaging.

What’s next for Star Wars fans