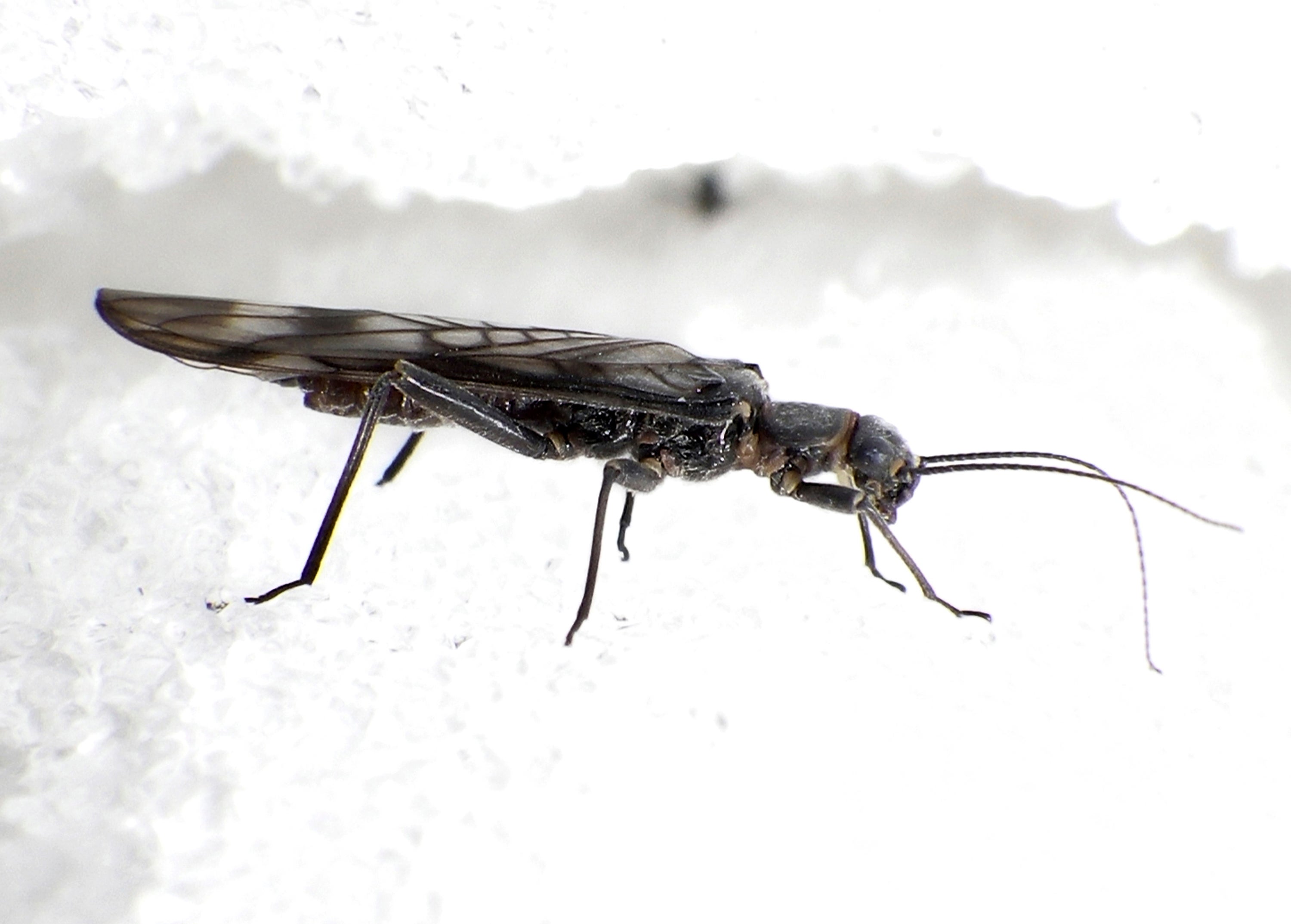 FILE – This undated file photo provided by the U.S. Geological Survey shows a side view of a recently emerged adult female western glacier stonefly from below Grinnell Glacier in Glacier National Park, Mont. The continued existence of two species of insects is in doubt because climate change is melting away the glaciers and year-round snowfields they depend on, U.S. wildlife officials said Wednesday, Nov. 20, 2019. The western glacier stonefly and the meltwater lednian stonefly found in the northern Rocky Mountains will be protected as threatened species under the federal Endangered Species Act. U.S. Fish and Wildlife Service officials said. (Joe Giersch/U.S. Geological Survey via AP, File)

HELENA, Mont. — The continued existence of two species of insects is in doubt because climate change is melting away the glaciers and year-round snowfields they depend on, U.S. wildlife officials said Wednesday.

The western glacier stonefly and the meltwater lednian stonefly found in the northern Rocky Mountains will be protected as threatened species under the federal Endangered Species Act. U.S. Fish and Wildlife Service officials said.

“We recognize the fact that this species is not doing well,” agency spokeswoman Jennifer Koches said. “The primary threat to the habitat to both species is climate-change-induced.”

The stoneflies live in high-elevation, cold-water streams fed by glaciers and perennial snowfields in and around Glacier National Park in Montana and Native American tribal lands in western Montana. More recently, western glacier stoneflies were found in streams in Wyoming’s Grand Teton National Park and the Absaroka-Beartooth Wilderness in Montana and Wyoming.

They are mostly found in steep, remote areas that are hard to reach and away from backcountry trails.

Melting glaciers, higher water temperatures and changes in the volume of snowmelt and runoff are harming the habitat they need to survive, federal wildlife officials said. Most glaciers and snowfields in the species’ main location, Glacier National Park, are predicted to disappear by 2030.

The new threatened species classification, which takes effect 30 days from Wednesday, will make federal funding available for conservation efforts meant to aid the insects’ recovery and restore their habitat.

Researchers have said it’s uncertain what measures could be taken to preserve the insects, which are mostly found in national parks that already have strong regulations in place to protect wildlife. Biologists have discussed raising stoneflies in laboratories and seeding different streams with the species. But they worry those streams could dry up or get too warm for their survival.

The decision to classify the stoneflies as threatened comes after the Center for Biological Diversity, a nonprofit that focuses on protecting endangered species, petitioned and then sued the Fish and Wildlife Service to force the agency to act.

The advocacy group said that stoneflies are indicators are the health of their habitats and play a significant role in aquatic ecosystems.

“As go the glaciers of Glacier National Park, so go these two unique stoneflies,” said Noah Greenwald, the Center for Biological Diversity’s endangered species director. “Global warming is changing the face of the planet before our eyes, and like these two stoneflies, many species are seeing their habitats disappear.”