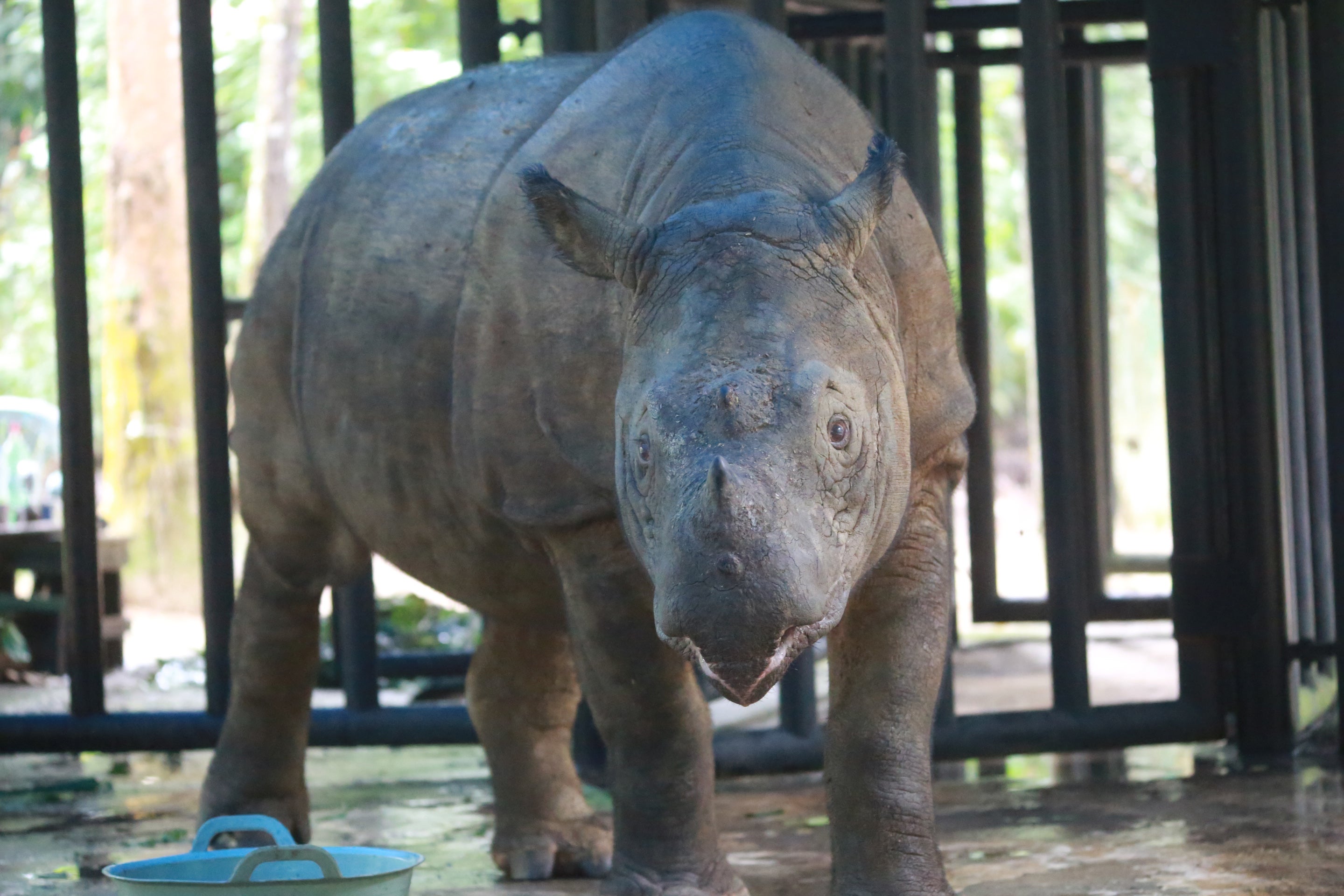 This picture taken on July 21, 2019 shows a Sumatran rhino at the Sumatran Rhino Sanctuary, Way Kambas National Park in Way Kambas, Lampung. – Sumatran rhinos are the smallest of all rhinos, and the only Asian variety with two horns. (Photo by PERDIANSYAH / AFP)

KUALA LUMPUR, Malaysia (AP) — The Sumatran rhinoceros has become extinct in Malaysia, after the last of the species in the country succumbed to cancer on Saturday.

The Wildlife Department in eastern Sabah state on Borneo island said the rhino, named Iman, died of natural causes at the Borneo Rhino Sanctuary due to shock in her system. She had uterine tumors since her capture in March 2014.

Department director Augustine Tuuga said in a statement that Iman, who reportedly was 25 years old, was suffering significant pain from growing pressure of the tumors to her bladder but that her death came sooner than expected. 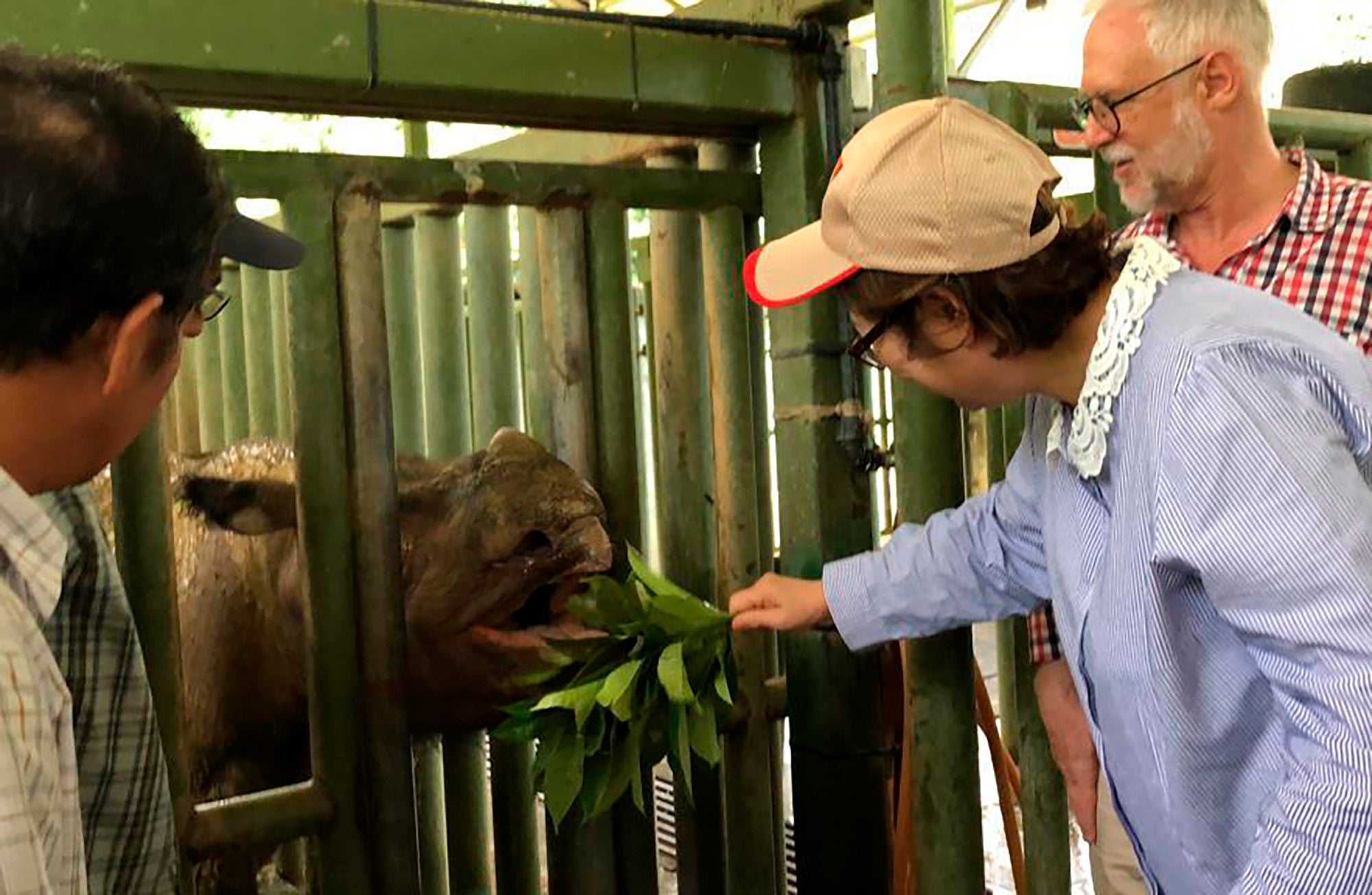 In this Aug. 18, 2019, photo, Sabah Deputy Chief Minister Christina Liew, right, looks at rhino “Iman” in cage in eastern Sabah state . The Sumatran rhinoceros has become extinct in Malaysia, after the last of the species in the country succumbed to cancer. The Wildlife Department in eastern Sabah state on Borneo island says the rhino died of natural causes Saturday, Nov. 24, due to shock in her system.(Sabah Deputy Chief Minister’s Office via AP)

It came six months after the death of the country’s only male rhino in Sabah. Another female rhino also died in captivity in 2017 in the state. Efforts to breed them have been futile but  Sabah authorities have harvested their cells for possible reproduction.

“It is with great sadness that the Sabah Wildlife Department announces the death of Iman, the last Sumatran rhinoceros in Malaysia, at 5.35pm on Nov 23, 2019, ” said Sabah State Tourism, Culture and Environment Minister Christine Liew.

Liew said that Iman had escaped death several times over the past few years due to sudden massive blood loss, but that wildlife officials managed to nurse her back to health and obtained her egg cells for a possible collaboration with Indonesia to reproduce the critically endangered species through artificial insemination.

The Sumatra rhino is the smallest of the rhinoceros species and the only rhino with two horns.

The species once roamed across Asia as far as India, but its numbers have shrunk drastically due to deforestation and poaching. The WWF conservation group estimates that there are only about 80 left, mostly living in the wild in Sumatra and Borneo.