Sweden’s Ericsson to pay $1B over bribery allegations 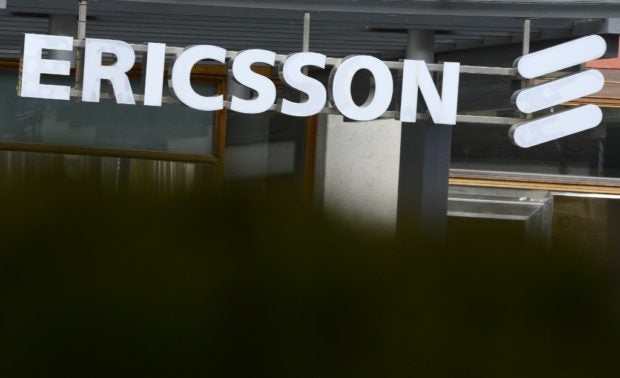 In this file photo taken on November 7, 2012, shows Swedish provider of telecommunications equipment and data communication systems giant Ericsson logo at the Ericsson headquarters in Stockholm’s suburb of Kista. – Swedish telecoms firm Ericsson has agreed to pay more than USD 1 billion to resolve allegations of bribery in countries around the world, the US Justice Department announced on December 6, 2019. (Photo by Jonathan NACKSTRAND / AFP)

WASHINGTON, USA — Swedish telecoms firm Ericsson has agreed to pay more than $1 billion to resolve allegations of bribery spanning Asia and the Middle East, the US Justice Department announced Friday.

An Egyptian subsidiary also pleaded guilty in a federal court in New York to a charge of conspiring to violate the 1977 Foreign Corrupt Practices Act.

“Ericsson’s corrupt conduct involved high-level executives and spanned 17 years and at least five countries, all in a misguided effort to increase profits,” Brian Benczkowski, head of the Justice Department’s criminal division, said in a statement.

US law grants jurisdiction over corruption by companies whose shares are sold on American stock markets or if the crime touches the country’s territory or its financial system.

Prosecutors say that between 2000 and 2016, the company engaged in a scheme to pay bribes, falsify its books and records and ensure company officials turned a blind eye to the corruption, according to the Justice Department statement.

Among other examples, Ericsson admitted that during those years it channeled tens of millions of dollars through consultants and service providers in China, creating a slush fund to lavish gifts, travel and entertainment on foreign officials in order to win business from state-owned telecoms companies.

In a statement on its website, the company said it would not comment on the matter other than to say the figure of $1.2 billion, disclosed in September, “is still its current estimate of the amounts needed to cover the monetary sanctions” and other costs.

The company has also agreed to retain a third-party monitor to oversee its compliance for three years.

A total of 44 countries have enacted laws criminalizing the payment of bribes to foreign officials to win business, but the United States has long been the most active in punishing international corruption.