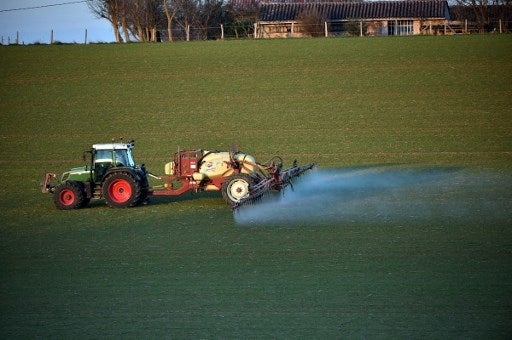 A controversial pesticide linked to developmental problems in humans will be definitively banned in the European Union (EU) in 2020 after a vote on Friday by member states, the European Commission said.

The commission, the EU’s powerful regulator, had proposed for non-renewal of the chemical agent following an assessment by the European Food Safety Agency (EFSA) that had confirmed “risks to human health.”

Eight EU countries have already banned products containing chlorpyrifos, which is commonly used in farming. The American state of California also banned them in August.

Virtually all residential uses of the pesticide has been banned since the end of 2001 throughout the United States.

To be marketed in the EU, a chemical substance must be approved by a committee of experts made up of the bloc’s 28 member countries and headed by the commission.

Individual countries can then decide whether to approve or not products containing such substances. Companies will have three months to eliminate stocks of these products. RGA