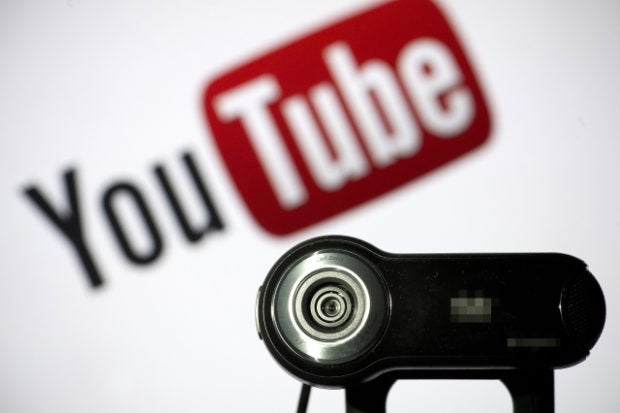 YouTube broadened its anti-harassment policies to include a ban on “implied” threats. Image: AFP/Lionel Bonaventure via AFP Relaxnews

YouTube broadened its anti-harassment policies on Wednesday to include a ban on “implied” threats along with insults based on race, gender identity or sexual orientation.

“We will no longer allow content that maliciously insults someone based on protected attributes such as their race, gender expression, or sexual orientation,” global head of trust and safety Matt Halprin said in an online post.

“This applies to everyone, from private individuals, to YouTube creators, to public officials.”

YouTube already bans explicit threats, but now “veiled or implied” threats will be barred as well, according to Halprin.

“This includes content simulating violence toward an individual or language suggesting physical violence may occur,” Halprin said. “No individual should be subject to harassment that suggests violence.”

The changes stem in part from YouTube’s pledge earlier this year to crack down on harassment by video creators.

The platform was berated for leaving up videos from Steven Crowder, a right-wing commentator who regularly insulted gay Vox producer Carlos Maza based on his sexual orientation and Cuban heritage.

Maza’s video montage of insults from Crowder over a period of years — including “lispy sprite” and “angry little queer” — went viral, prompting a YouTube investigation that concluded they did not violate its hate speech policies.

In the case of Crowder’s channel, a review found that individually, the flagged videos did not violate YouTube guidelines, spokesman Chris Dale explained in an online post in June.

“However, in the subsequent days, we saw the widespread harm to the YouTube community resulting from the ongoing pattern of egregious behavior, took a deeper look, and made the decision to suspend monetization,” Dale said.

He promised the platform would scrutinize its harassment policies and update them.

YouTube at the time announced a ban on videos promoting or glorifying racism and discrimination as well as those denying well-documented violent events, like the Holocaust or the Sandy Hook elementary school shooting.

YouTube and other sharing platforms have been under pressure to filter out hateful and violent content while fending off concerns about censorship.

Early this year, YouTube said it would stop recommending specious videos such as those claiming the earth is flat or promoting bogus theories. But it stopped short of banning that content.

Channels that repeatedly brush up against YouTube hate or harassment policies will be suspended from the partner program that lets creators make money from ads or other features, according to Halprin.

“We may also remove content from channels if they repeatedly harass someone,” Halprin said. “If this behavior continues, we’ll take more severe action including issuing strikes or terminating a channel altogether.”

Moves by social media to filter hateful or abusive content have prompted criticism among right-wing activists in the United States, and President Donald Trump has claimed that online platforms are seeking to suppress conservative voices. RGA

Hate speech may be punished in Japanese city for P200,000